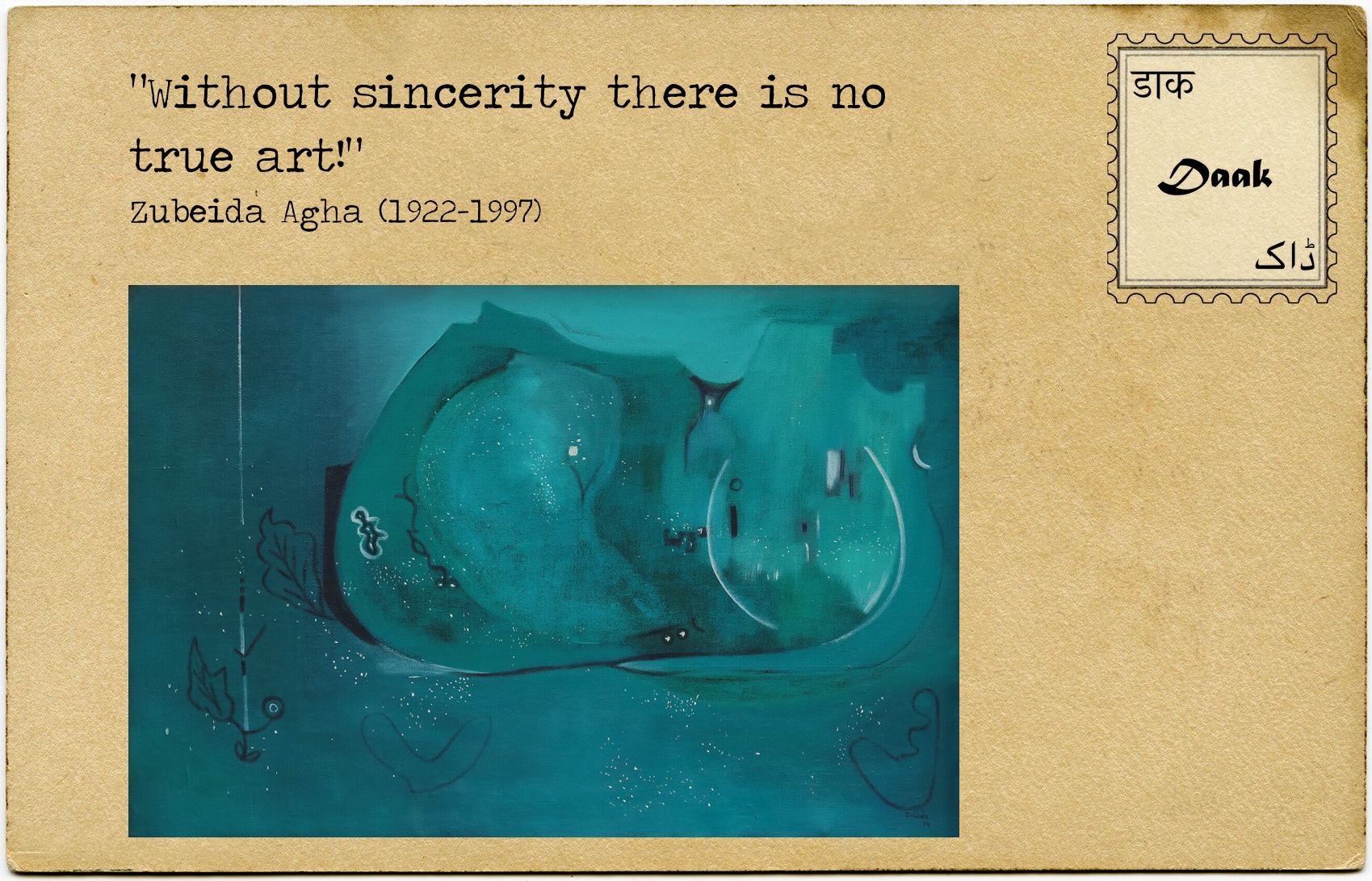 Modernism in Pakistani art is said to have been heralded by Zubeida Agha’s first solo show in Karachi in 1949. Agha (1922-1997) was then a young woman – one who had studied political science and philosophy in college but gave in to her recurring dreams about painting. Through painting, it is said, she sought to understand her dreams – her powerful colourist style giving glimpses into her dreamscape. In 1951, she had her first exhibition outside of Pakistan at the Trafford Gallery in London. In 1952, she travelled to France with her artworks. The reception she got was interesting. Art critic Maurice Collis wrote of her that,

“This Moslim girl’s painting gives us an idea of what is happening at Lahore in artistic circles. While the general public in India has not the smallest interest in painting, there evidently exists in the capital of the Punjab, a set, which is as up-to-date as any art set in Europe or America. Miss Agha must be one of its leading members.”

A Parisian gallery describes her as “a charming young doe-eyed girl who translates her emotions in simple, organic and colorful forms”. However, her acceptance as a fantastic artist was by no means universal. In fact, many were scandalized by what they called her ‘lack of skill’.

For many years, she was an active curator and gave space to emerging artists, dedicating her life to modern and contemporary arts in Pakistan.

She is known to have famously said that, “Without sincerity there is no true art!”
Her life was one well lived by knowing this and working towards the fact that galleries and as a factor of it, artists as well, are more interested in sales than standards. Through her life and work, she persevered to uphold talented, independent art.

(with inputs from Asma Firdous)