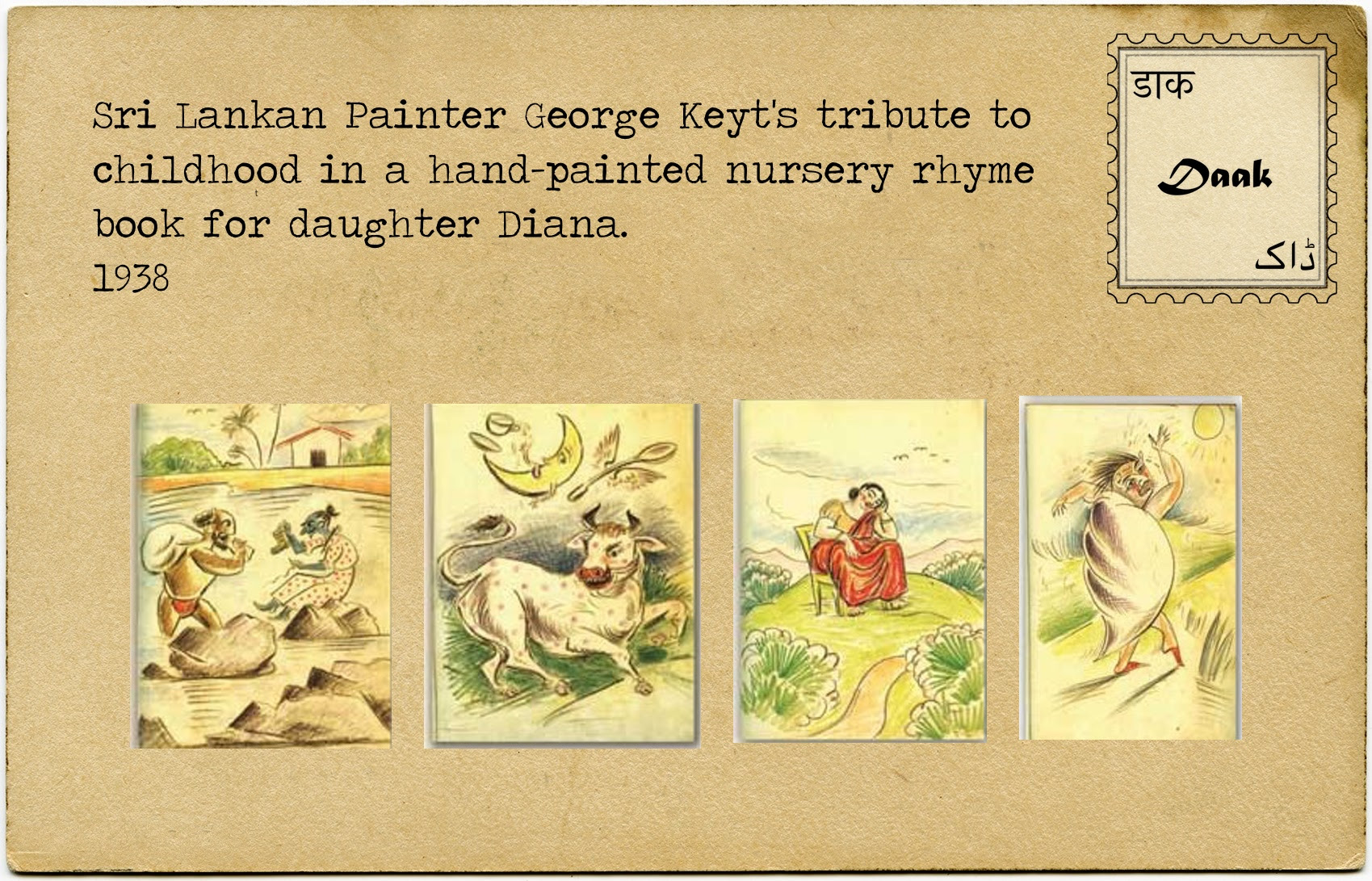 An artist’s public persona – their speeches, interviews or written works – often comes to define their intellectual or artistic image. Therefore, any artefact that offers a glimpse of their personal life becomes a delightful window into their minds and hearts. It is for this reason that we eagerly consume photographs, letters or journals entries of artists. We discovered one such artefact from Sri Lanka: Painter George Keyt’s loving tribute to the joys and tribulations of childhood in a hand-painted book of nursery rhymes for his firstborn.

When his daughter, Diana, was only two years old, he hand-painted a book of nursery rhymes based on the fears and fascinations of his little girl. She says, “[v]illains of my childhood were snails (gombellas) who destroyed my grandmother’s flower beds. Nightmares of ‘Gombees’ disturbed my sleep.”

Keyt addressed this fear in a loving and gently reassuring rhyme:

“Whenever you see a gombee dance
You may safely say
That’s quite by chance.
They seldom see themselves as others
For gombees never meet their brothers.”

Diana also mentioned a teacher who married and moved away. Keyt, noticing her disappointment wrote:

“Aunty Suja, she lives on a hill
A lonely hill so far away
So far away in a jungly place
And comes so seldom
Believe me, Auntie,
So seldom,
I seem to forget her face.”

“O tell me, Anula, tell me now
Where have you hidden the laughing cow
The laughing cow and the feathery spoon
The milky mouth and the hungry moon.”

Reminiscing about her childhood, Diana says, “even now as I turn its pages I feel I am back in that happy place. In my mind I hear the wind in the rain, trees and the sound of evening music floating over the water from the temple across the lake.”

(With inputs from Asma Firdous)