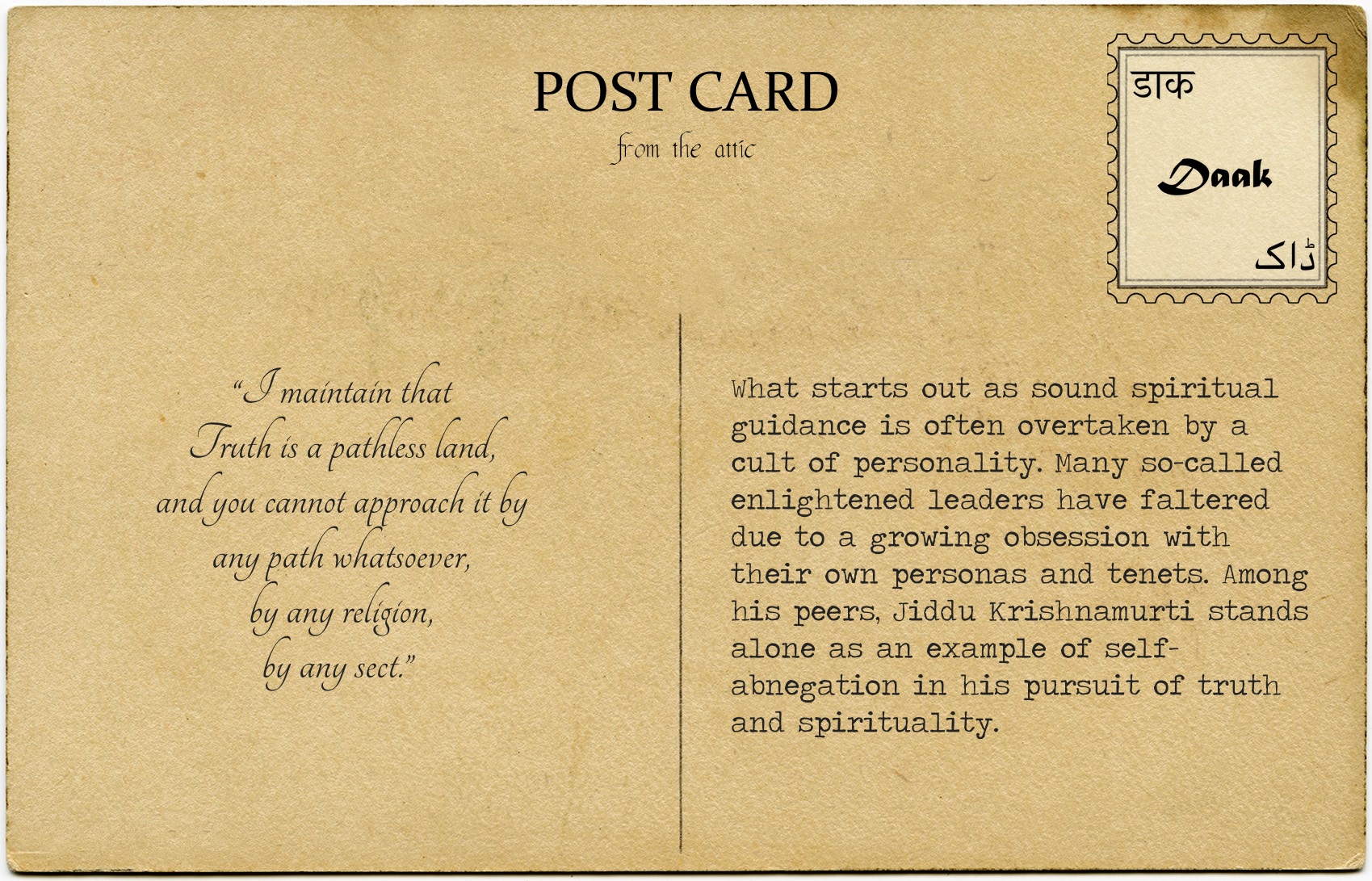 A Pathless Land: Jiddu Krishnamurti on Truth, Freedom and Spirituality

What starts out as sound spiritual guidance is often overtaken by a cult of personality. Many so-called enlightened leaders have faltered due to a growing obsession with their own personas and tenets. Among his peers, Jiddu Krishnamurti (1895-1986) stands alone as an example of self-abnegation in his pursuit of truth and spirituality.

Chosen at a very early age to be the new World Teacher of the Order of Star, Krishnamurti led a highly regulated and disciplined life. However, soon after he assumed the position he was groomed his entire life for, he renounced the title and dissolved the organisation with the powerful declaration:

“I maintain that Truth is a pathless land, and you cannot approach it by any path whatsoever, by any religion, by any sect.”

He announced that he had made this decision after carefully considering it for two years. He considered the formation of any sort of organisation detrimental to the realisation of one’s individual truth.

“Truth, being limitless, unconditioned, unapproachable by any path whatsoever, cannot be organized; nor should any organization be formed to lead or to coerce people along any particular path. If you first understand that, then you will see how impossible it is to organize a belief. A belief is purely an individual matter, and you cannot and must not organize it. If you do, it becomes dead, crystallized; it becomes a creed, a sect, a religion, to be imposed on others.”

He maintained that the only way to find this truth was to be “free”:

His final teaching is to not seek comfort or validation from an external source but to look within:

You can read the full speech here. Supplement it with the video, ‘What is Spiritual Life’ here.