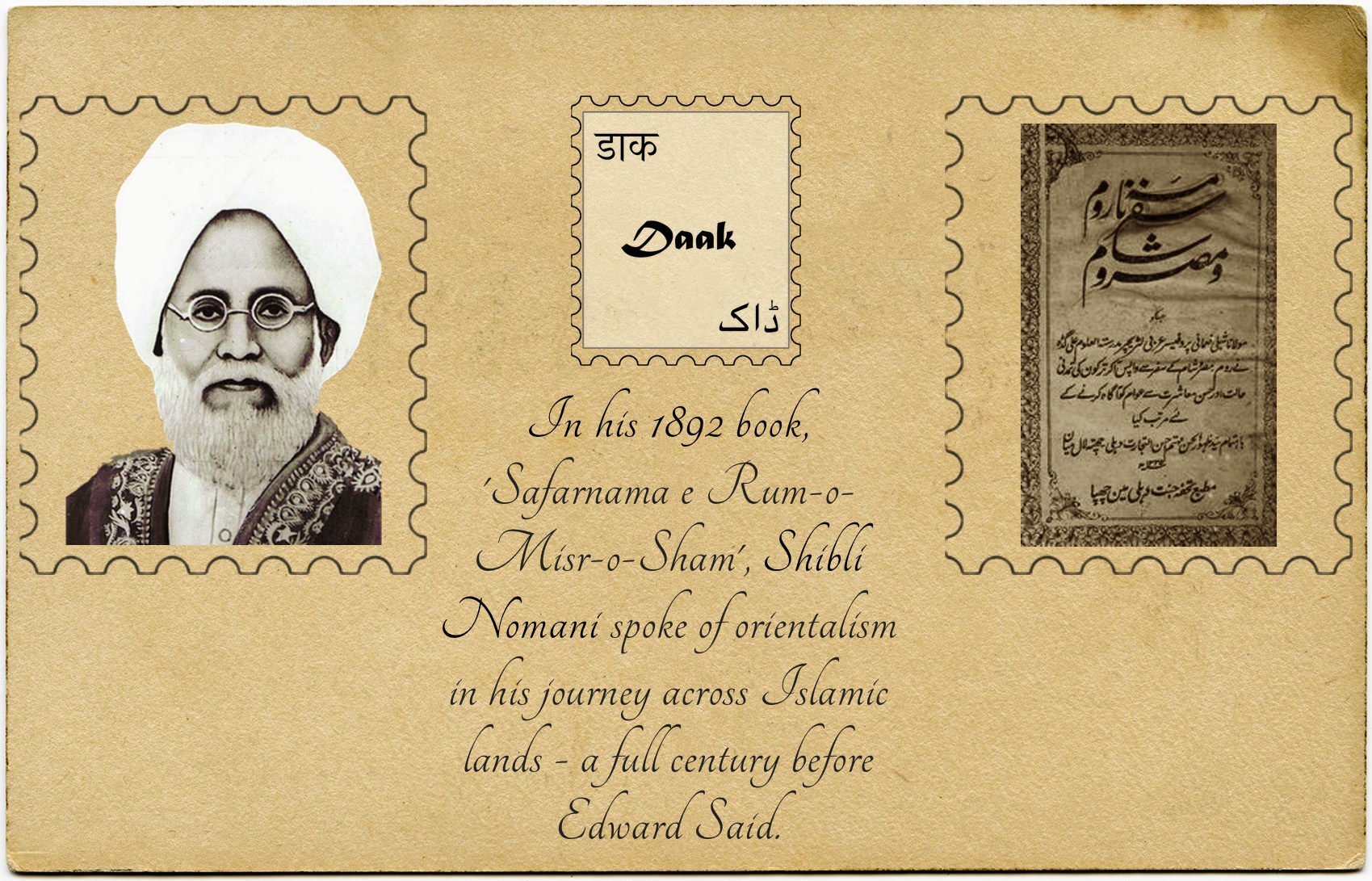 Shibli Nomani was an Islamic scholar from the Indian subcontinent. He was a poet, historian, political thinker and often deemed to be the founder of Urdu literary criticism. Nomani was fluent in Arabic, Persian, Turkish and Urdu. He was greatly inspired by the progress in science and education of the West and wanted to inspire Muslims of the East to make similar progress without aping Western culture and values.

One of his books, ‘Safar Nama e Rome-o-Misr-o-Sham’ was a travelogue around Turkey, Egypt and Syria that he wrote with this companion Thomas Walker Arnold in 1892. He not only records interesting events that followed his travels but also,

“brief description of the cities of Constantinople, Beirut, Al-Aqsa (Jerusalem), Cairo and their noteworthy sites, popular structures, features of their education systems and institutions, schools, boarding, women’s education, writers and their works, libraries, newspapers, magazines, as well as information regarding meetings with popular and eminent rulers, along with a detailed account of the lifestyles of Turkish and Arab people”.

He traveled around these Muslim nations and wrote an account that he felt “readers interested in knowing about day-to-day matters of Muslim nations” would find useful and engaging. However, we pick out a passage where a full century before Edward Said coined the term, we find Nomani identifying the European notion of Orientalism.

“After reading this text, the reader will be able to form an opinion based on the facts that I have reported here, which is quite different from what European writers have led us to believe about Turkey. In the past the perceptions adopted by Europeans about Muslims, were the uncritically echoed and a religious prejudice was clearly visible in it. In early times, this was an accepted way of being one with popular opinion. But when religion lost its impact, the policy changed and it was considered inappropriate to use such a biased language against Muslims. They assumed a smarter approach, the flaws of Islamic regimes, societies and communities were expressed as “historical” facts, and through common reading-material such as short-stories, novels and magazines made these opinions percolate so deeply that they cannot be removed.

This approach is adopted for the entire Muslim community but since we are focussing on Turks, I should mention that after reading such literature, to hold a lowly opinion about them is imperative, like sleeping after consuming sedatives. Europe has a vast community of writers, some are prejudiced, some are unbiased but when they write about Turks these divisions collapse and they have the same judgment. For instance, the most scrupulous of European writers when he mentions Turkey speaks of the nation’s debt, denying their skill and expertise, completely avoiding writing about the reforms that they have actively taken up. Even though post-reforms industrial banks have been set up, schools have jumped from 94 to 405, and they have also evolved into colleges, railway lines have been expanded and debt-reduction procedures have been adopted, military power has become stronger, but no one chooses to mention this.”

How interesting that in the late 1800s, a man from Uttar Pradesh in the undivided subcontinent called out the European construct of Orientalism to define Turkish people. He ends with a powerful statement,

“It is very easy to construct a lopsided view by only presenting a one-sided picture, and it is Europe that has bred this deception and prejudice the most.”

This excerpt was translated by Sumaira Nawaz. You can read the full book in Urdu here.