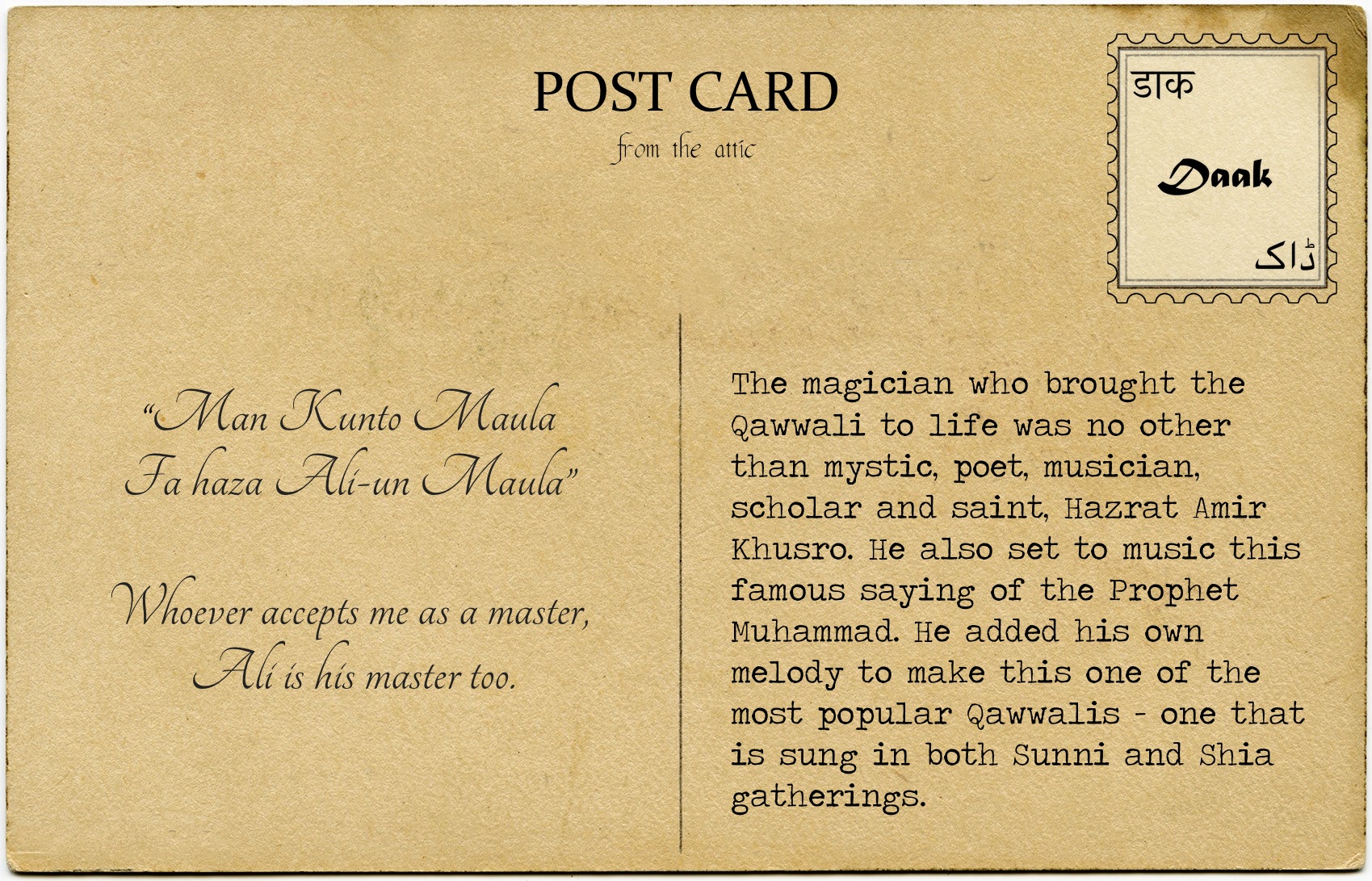 Bollywood has recently been on a mission to make Qawwali, a form of Sufi devotional music, trendy. This genre, however, is said to have been created over 700 years ago as a fusion between Persian, Arabic, Turkish and Indian musical traditions. The magician who brought it to life was no other than mystic, poet, musician, scholar and saint, Hazrat Amir Khusro. His genius outstrips disciplines and his contribution to the sub-continent’s culture and literary heritage stands tall as an outstanding body of work.

Originally performed at Sufi shrines as a devotional music, Qawwali gained widespread popularity in the later part of the 20th century with artists like Nusrat Fateh Ali Khan taking it to the world music stage. However, the genre has enjoyed steady popularity across the northern parts of the subcontinent, and other regions like Hyderabad and Bangladesh. While the most popular ones we hear are in Hindi, Urdu or Punjabi, we often find ourselves humming tunes in Farsi as well. Depending on their content, Qawwalis are classified into categories. We write about the type called a manqabat – a song sung in praise of Imam Ali.

This manqabat is a type of qawwali sung in both Sunni and Shia gatherings and is one of Khusro’s most famous. It revolves around one sentence – a saying of the Prophet Muhammad,

“Whoever accepts me as a master,

Ali is his master too.”

While Imam Ali, cousin and son-in-law of the Prophet, is revered across sects of Islam, the deviance in Shia and Sunni thought is around his immediate succession to the Prophet. Hearing this qawwali sung in both Sunni and Shia gatherings is a rare moment of coming together of sects.

This line was set to music by Khusro, who added to it a famous melody called a tarana, also his creation,

This verse is sung in repetition accompanied by music that gives it the feeling of a hymn with the rhythm of chants. This, combined with a maddening devotion of the verse to Ali makes this a spiritual, meditative experience. You can listen to it here and read the full translation here.

Whoever accepts me as a master,

Ali is his master too.

King of the brave,
Lion of God,
Strength of God.
There is no one like Ali [and]
there is no sword like Zulfiqaar.*

(*sword of Ali given to him by the Prophet)

Ali is my master, I am the slave of Ali.
Thousands of lives can be sacrificed for the sacredness of name of Ali.