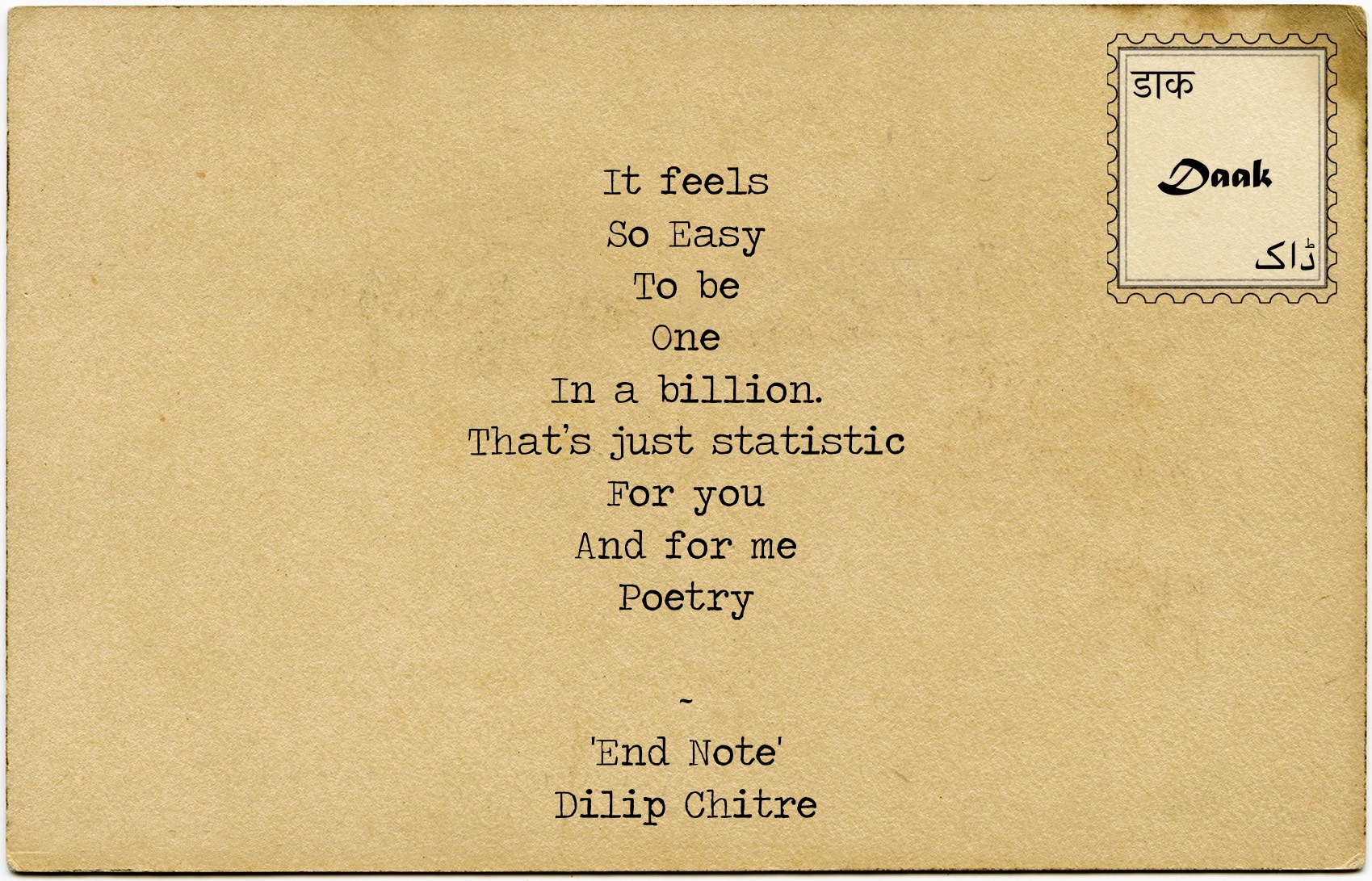 A Minority of One: Dilip Chitre’s Poetry

At a literary conference Dilip Chitre once remarked, “everyone is a minority of one”. He was perhaps referring to the idea that our singular experiences lead us to imagine that each of us is an isolated minority. This human predicament which make poetry, and arguably, all of literature necessary, could not have been summarised in a better manner. For what is poetic expression but an attempt to transcend boundaries of the self and immerse in the subjective experiences of others?

Born into a prominent literary family, Dilip Purushottam Chitre (1938 – 2009) was a bilingual writer, writing in Marathi and English, best known for his translations and revival of the Marathi Bhakti poet, Tukaram. Writer, translator, filmmaker and teacher–Chitre wore many hats, but his most important contribution was the examination of language and its role in building bridges. In an interview, he said:

Creative writing is an intimate dialogue between writer and reader, both of whom are imaginary to each other. The only real thing for each of them is the language that connects them. But language also connects one with one’s inner self. It is our means of self-recognition through transient and tentative self-images. It is the core of both our spiritual and secular (or this-worldly) experience.

This belief manifested in his poetry as well. In his poem, “The Outside World Flows into Language through Me”, he talks about a shared inner world of ideas where all of us reside both individually and collectively.

Like any poet who honestly dives into this inner world, Chitre felt and practiced a fierce commitment to truth. In this snippet from “Tukaram in Heaven, Chitre in Hell”, Chitre asserts that even the hard-as-stone truth that writers pursue are mirrors revealing our true selves.

Remember, our best
Poems were always
As bald as facts,
As bare as hills.
Because our spirit
Has aspects of stone,
And because our stones
Are lasting mirror.

But Chitre’s words do not always carry the self-assurance we would expect from a man of his caliber and achievement. In fact, they often betray an existential anxiety around his own life’s work and contribution. We see a glimpse of this in the poem “The End” where he says,

Sometimes when I see the whole stack of my own poems
I am in despair. Does awareness really leave any residue
In documents?

This makes sense as Chitre often grappled with the experience of uncertainty and loss, both in real life and his poetry. Emotionally marked and marred by the untimely death of his son, his poems not only dwell on trauma, but also a need to make peace with it. So, poetry becomes a ground for philosophical reckoning with the vagaries of life. In “Lost Images”, a poem dedicated to his deceased son, he says:

And, in the end, there’s no loss,
And there’s no gain either
We neither live nor die
In the endless space of why.

With the kind of wisdom that only grief can bring, Chitre reconciles himself to his own insignificance. The fact of living and dying as a mere statistic not only becomes palatable, but a cause for celebration in his poem, “The End”.

It feels
So Easy
To be
One
In a billion.
That’s just statistic
For you
And for me
Poetry