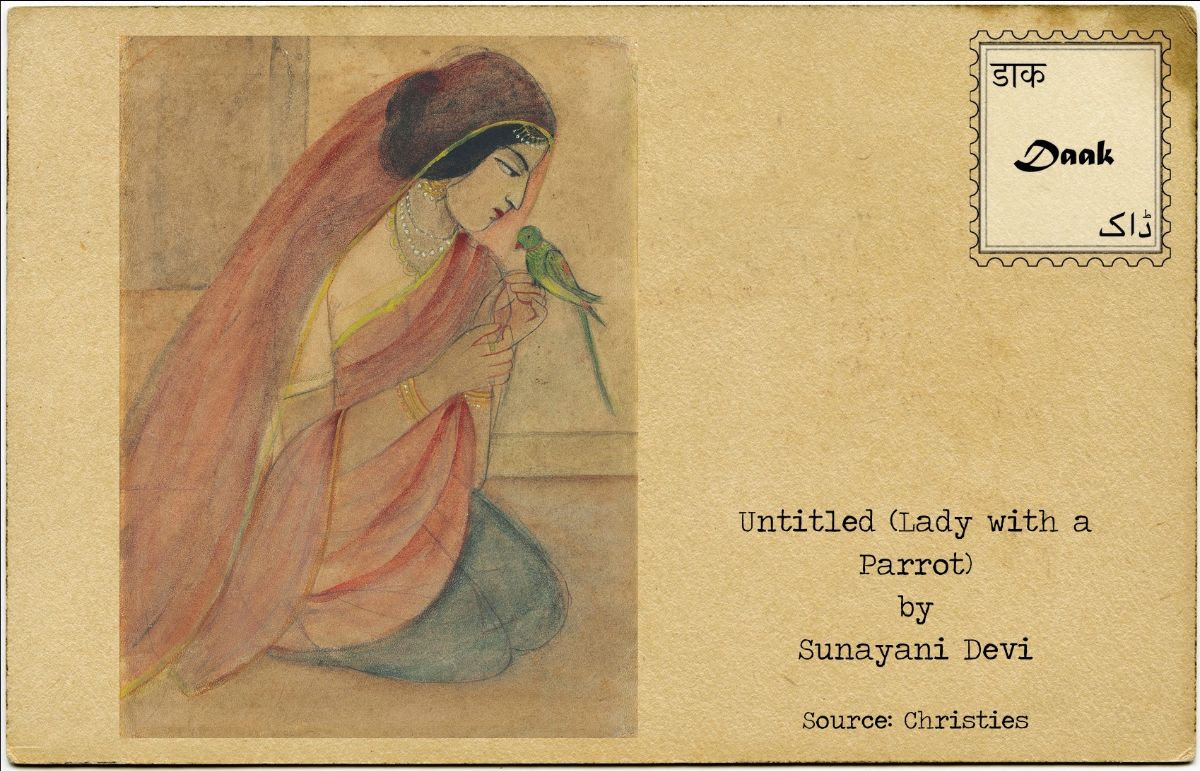 Although many artists experience a strong creative pull at a young age, some, like Sunayini Devi, blossom only later in life. Sunayini Devi (1875 – 1962) was fortunate to be born into the Tagore family, the epicenter of the Bengali cultural renaissance of the late 19th and 20th century. Although she had no formal training in art, she was surrounded by regional folk art and drawn to the mythological prints of the famed 19th century print maker, Raja Ravi Varma. Her siblings’ encouragement led Devi to take up art as a hobby and with no worldly ambition driving her, she began a short-lived but prolific experimentation with style and technique. She often portrayed figures from Indian mythology as well as from her life in a traditional Bengali household. Her initial wash technique was influenced by Abanindranath Tagore but her later work reveals a more original style–a mix of village clay dolls and Kalighat Pats. The elongated, heavy-lidded eyes of her figures are also reminiscent of ancient Jain manuscript paintings. The most interesting aspect of her artistic career was that she painted with great urgency, covering up both sides of sheets, and even using the covers of exercise books and discarded cardboard pieces. She probably didn’t anticipate the fame and recognition it would bestow on her. But in fact, Sunayini Devi was widely regarded as the first female artists to gain public recognition and also find her work included in prestigious exhibitions by the Society of Oriental Art (Kolkata) and the Women’s International Art Club (London). Untitled (Lady with a Parrot), Christie’s

She stopped painting abruptly in the 1940s, perhaps owing to a series of personal and family misfortunes. We may never know the real reason behind her departure from art but hopefully, will draw inspiration from her untouched spontaneity.