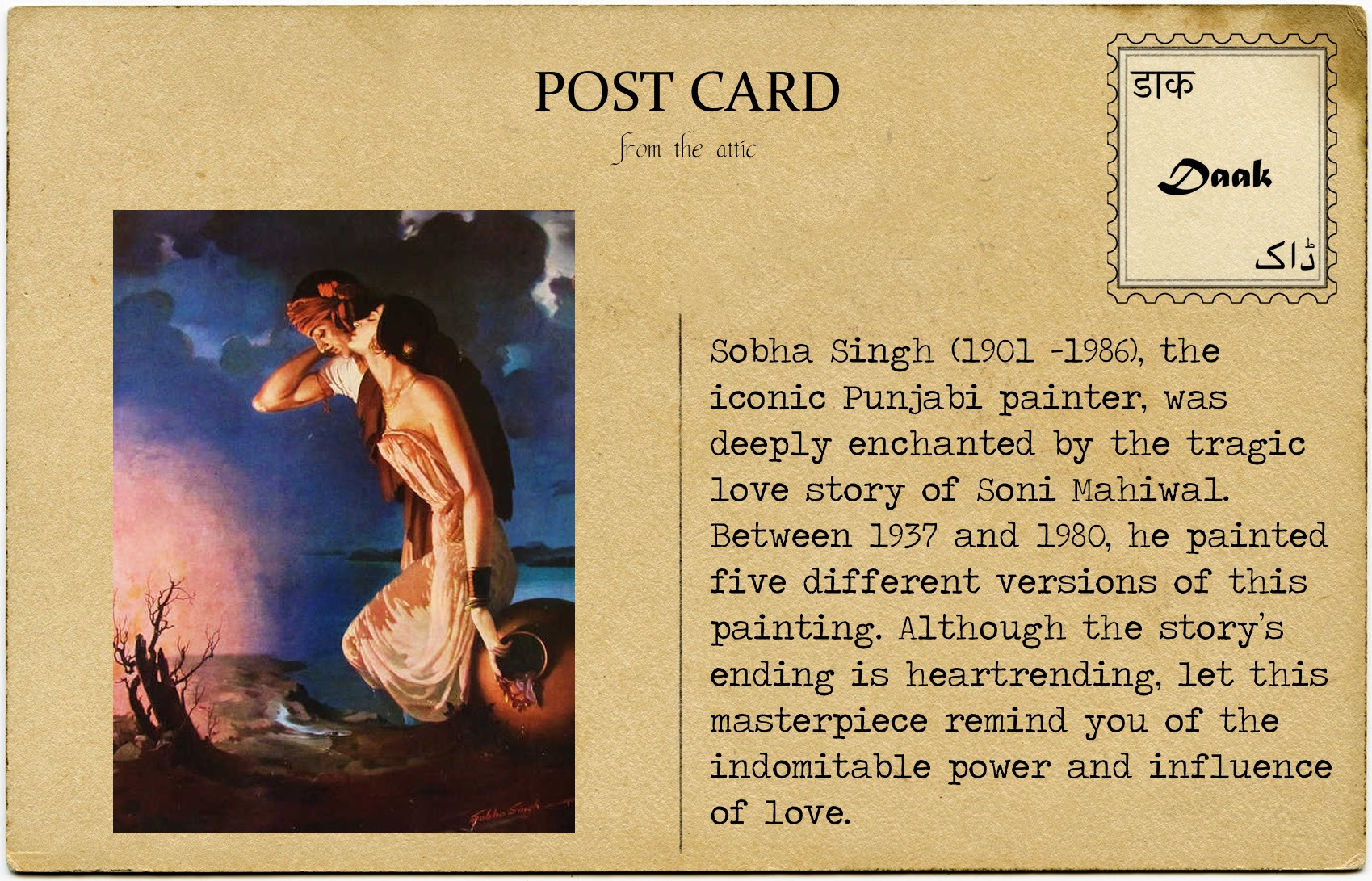 There is something about a tragic love story that creates a lasting hold on our imaginations. No wonder there are a million renditions of the same trope across cultural and geographical boundaries. Call the ill-fated lovers Romeo-Juliet or Heer-Ranjha, the magic of their romance has touched artists across genres and generations.

Sohni Mahiwal or Suhni Mehar is one such famed romance from Punjab. Legend has it that Sohni, the daughter of a potter, fell in love with a foreign traveller who was also smitten with her. Mahiwal renounced his home and work for love, moving to Sohni’s village and doing odd jobs. However, Sohni was forcibly married to someone else. Every night, she would swim across the river with the help of an inverted earthenware pot to stay afloat, to where Mahiwal waited for her by moonlight. One night, her sister-in-law discovered her dark secret and decided to take matters into her own hands. She replaced the earthenware pot with a pot of unbaked clay. The next night, when Sohni stepped into the river, the pot dissolved and she drowned in its turbulent waters.

Sobha Singh (1901 –1986), the iconic Punjabi painter who created the most influential paintings of the Sikh gurus, was also charmed by this love story. Although born in Gurdaspur, Punjab, Singh moved to Lahore, Delhi and Bombay before finally settling down in Andretta, a village in the Kangra Valley at the foothills of the Himalayas. Singh was so possessed by this story that between 1937 and 1980, he painted five different versions of this painting. The most famous amongst them (pictured below), painted in 1952, became widely known after he sold and printed copies of it for circulation. It is said that Singh was usually reluctant to use models for his paintings. However, for this particular painting, he seems to have drawn inspiration from many sources.

Sohni’s cheeks were modelled after his teenage brother-in-law. Apparently, he drew the outlines of his cheeks, then sculpted the bust of Sohni in terracotta and transferred its outlines to the painting. To depict Sohni’s soaking clothes, he used his own right leg, covered in a thin wet cloth and reflected in a mirror while an electric heater created the lighting effect of dusk.

Finally, a friend’s brother became the inspiration behind the face of Mahiwal.
It took Sobha Singh four decades and numerous iterations to create his perfect version of Sohni-Mahiwal. Although the story’s ending is heartrending, let this masterpiece remind you of the indomitable power and influence of love.