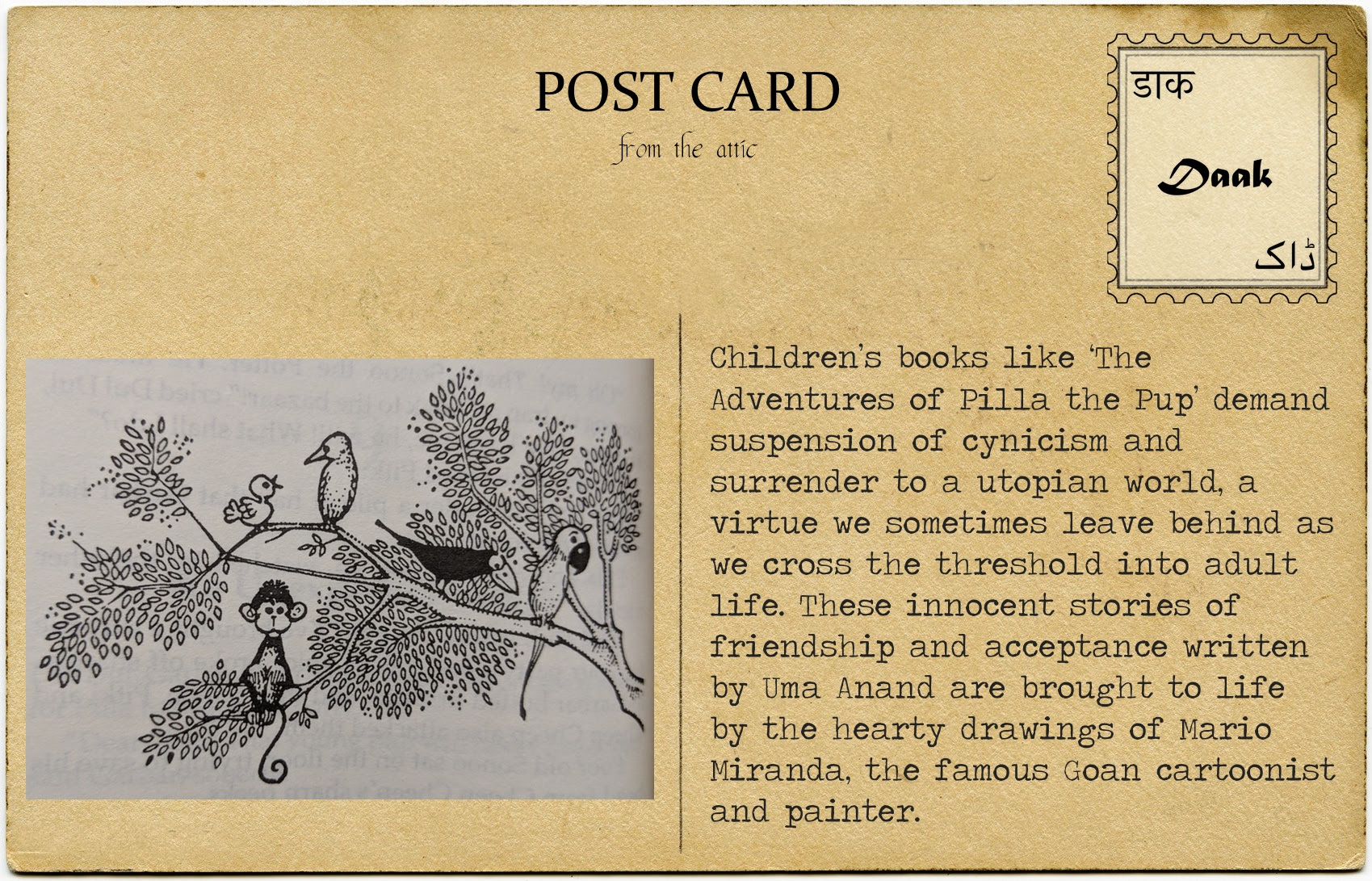 Stories for Untainted Minds: ‘The Adventures of Pilla the Pup’ by Uma Anand and Mario Miranda

The complexity of adulthood often leaves us perplexed in the face of simplicity. This fact is made most obvious when we read children’s books. The innocent stories written for untainted minds demand suspension of cynicism and surrender to a utopian make-believe world, a virtue we sometimes leave behind as we cross the threshold into adult life.

One such book, ‘The Adventures of Pilla the Pup’, is a collection of stories that narrates the boisterous adventures and misadventures of a group of talking animals. The book is meant to be read aloud with amusing character names such as Dul Dul, Cheep Cheep, Lumbdoom, Garbar , Pitki and of course, the lovable Pilla. The book is written by Uma Anand (1923-2009), a well-known journalist and children’s author. She was most famously associated with the ‘Aunty Wendy’ column in the Illustrated Weekly of India, and also conducted the ‘Children’s Hour’ program on All India Radio.

Her simple stories are brought to life by delightful black and white drawings made by Mario Miranda (1926-2011), the famous Goan cartoonist and painter. If you have been to the famed Café Mondegar in Bombay, you may have already seen his rotund, wide-eyed caricatures of the million different characters that make up a middle-class life in India. This book may not give you any grand revelations but the values that underlie its stories– friendship, acceptance, loyalty and team work – remain universally accessible and relatable.

You can order this book for a little human here.