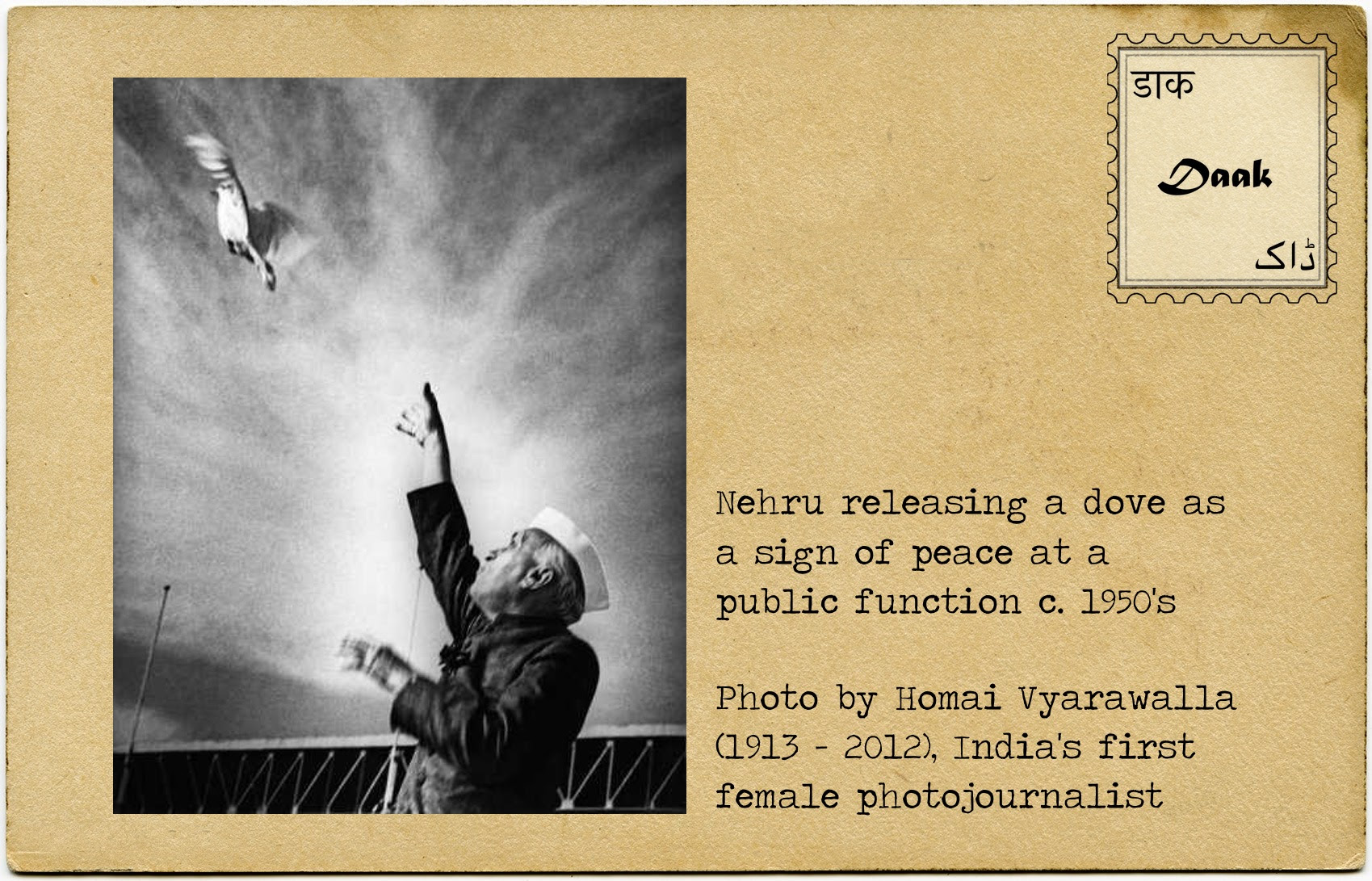 It is impossible to imagine a time when photography was an uncommon activity, much less an uncommon profession. Photographs were rare – planned and posed for with careful thought and consideration. To be able to capture a candid moment was a singular delight, permitted to only a handful, and consumed eagerly by the vast majority.

At such a time, Homai Vyarawalla had an especially unique vantage point as India’s first woman photojournalist. A woman of slight built toting unwieldy camera equipment on a bicycle, she witnessed and captured some of the most fascinating moments in Indian history. Vyarawalla was introduced to photography by her husband Manekshaw Vyarawalla who was a photographer for the Times of India. Her first photograph was a click of women at a picnic party of the Women’s Club in Bombay which was published in the Bombay Chronicles magazine in 1930, and for which she received Re 1 per photograph. Her photography soon took a more serious turn as she witnessed the birth of a free India.

Some of her most famous photographs include the first flag hoisting ceremony at the Red Fort on 16th August 1947, the cremation of world renowned dignitaries like Mahatma Gandhi and Jawaharlal Nehru, the picture of Lord Mountbatten when he was leaving India, and the picture of Dalai Lama crossing over to the Indian Territory in 1959.

Her favourite subject was Jawaharlal Nehru, with whom she shared a warm camaraderie. Nehru once noticed a foreign male delegate dismiss her for directing him where to stand and immediately linked his arm into hers and suggested they go for a walk. As a recorder of human action and emotion, she offered rare insights into the minds and hearts of seemingly distant historic figures. When photographing Lord Mountbatten at Gandhi’s funeral, she noted,

“He could have stood in front of the funeral pyre. Instead, he sat down on the ground without any fuss. When he got up, he didn’t even try to brush off the dirt, grass etc. sticking to his clothes”

Perhaps Vyarawalla  was aware that her visual legacy would far outlive her lifetime when she said:

You can check out some of her most iconic photos here.