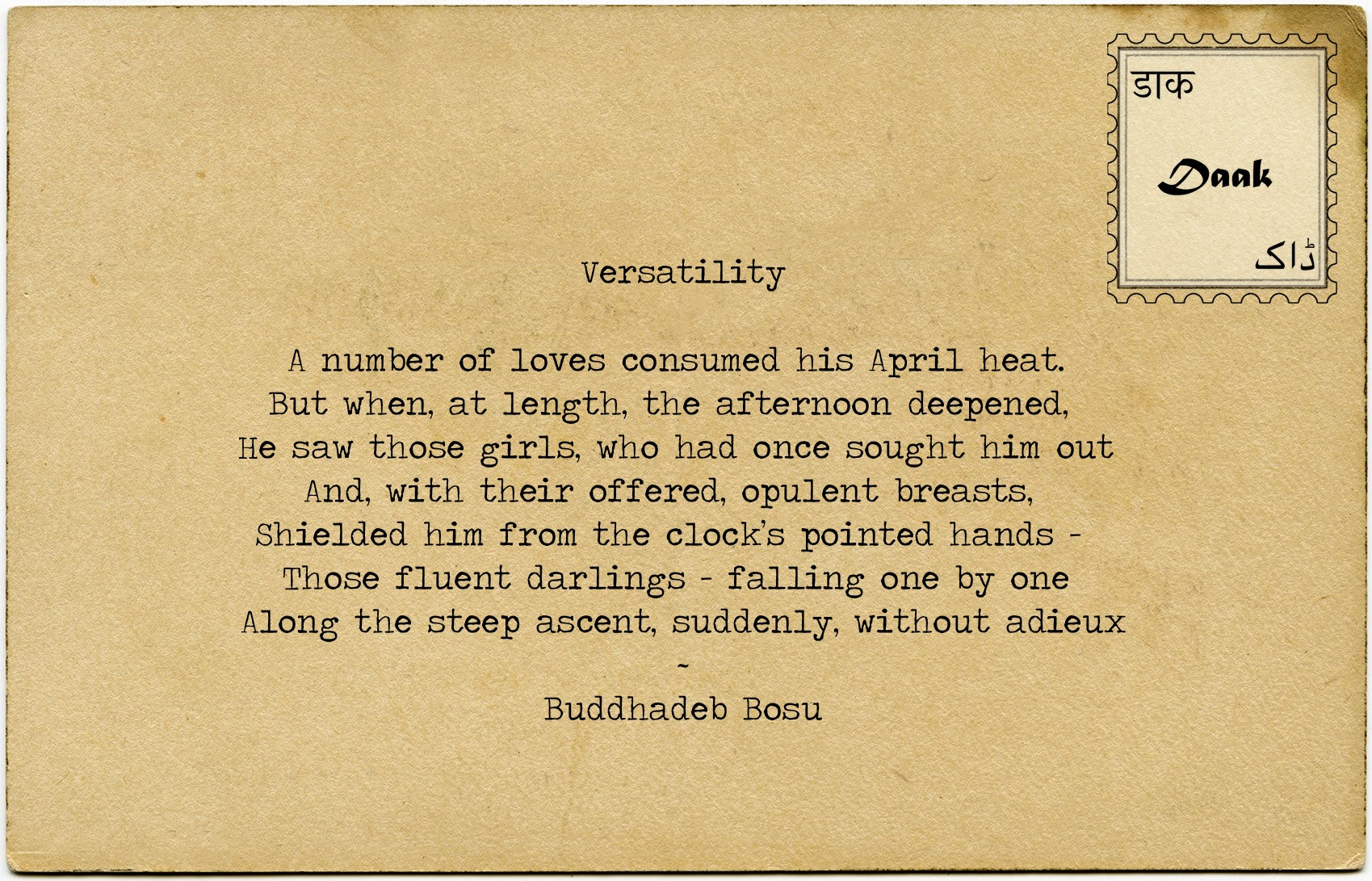 Versatility: Ponderings on the Dexterity of Buddhadeb Bosu

There are many writers we encounter who dabble in the arts, and many artists whose meditations we fondly read – drawing connections between the subconscious of the artist and their thoughts in different mediums. It is this versatile dexterity of creative minds that we admire and seek to unearth. One such artist, whose work is not only a treasure trove of ideas but also an impressive cross-genre repertoire, is Buddhadeb Bosu (also spelt Buddhadeva Bose; 1908 – 1974).
To ascribe narrow labels to Bosu would be a grave injustice. His literary oeuvre spreads over a large number of forms – poetry, novels, short stories, essays and literary criticism. He was also an editor, a teacher and a translator. He founded the first department of Comparative Literature in the country at Jadavpur University.

Bosu wrote in Bengali – his mother tongue – and produced a body of prose in English as well. He was a true example of the bilingualism that we today, generations after him, consider inherently ours. His versatility, genius and depth of knowledge are enviable.

In a time like ours, where we strive to know it all and do it all – it is essential that we step back and question why. It is essential that in a quest for this ideal we not end up becoming ‘jacks of all trade and masters of none’.

Bosu thought deeply about this, as is evident from his poem ‘Versatility’. It is based on Arjun from Mahabharat – a character whom you can read more about in this short introduction below. It is also a gentle nudge for us to evaluate our personal lives as well as our romantic lives, ones we have reduced to scorecards in this age of casual engagement.

Arjuna, a hero of the Mahabharata is here regarded as the archetype of the versatile artist who makes many conquests, but, lacking a singleness of purpose, cannot escape a sense of frustration. Like Ulysses, Arjuna is a habitual exile and wanderer; he is a warrior, lover, and dancer, a man of many talents able to disguise himself as an ascetic Brahmana or a ladies’ maid. He was never defeated in war; women fell in love with him wherever he went; he spent years in pilgrimage and in adventure with the girls.

Concluding chapters of the Mahabharata describe the break-up of a whole civilization and the last “Great Exit” of the Pandavas, Arjuna’s clan.

They do not linger to enjoy the fruits of their work and war; the kingdom is left in other hands, and the five brothers, with their common wife Draupadi, depart for the hereafter. This journey takes the form of an ascent of the Himalayas, during which the wife and each of the brothers except Yudhishthira fall, one after another, because of some small guilt committed in life – Draupadi’s being that she loved Arjuna more than her other four husbands. This is the scene evoked in Versatility.

A number of loves consumed his April heat.
But when, at length, the afternoon deepened,
He saw those girls, who had once sought him out
And, with their offered, opulent breasts,
Shielded him from the clock’s pointed hands –
Those fluent darlings – falling one by one
Along the steep ascent, suddenly, without adieux.
Subhadra was not there, Ulupi no longer willing,
Silence fell on Chitra’s orchestration
Of passion, youth and beauty. Sometimes, as though
In a dim half-sleep, fragments of another time –
Echoes of hooves and hurricanes,
Hymenal flare of phosphorescent fish,
Or Manipur aflame in a thousand blossoms –
Approached and fell away, leaving no residue.
Were it not better, after all,
If he had stayed home, relaxed and quiet,
Probing deeper into Draupadi –
That first and faithless wife who flouted him
But loved him all the more in secret thoughts? –
Then, at least, now that the foot-path stiffened
Between the peaks and the afternoon grew lovely,
He would not, like that panic-stricken,
Bewildered, unsheltered, much-befriended hare,
Have been torn to pieces, suddenly without ado.

(translated from the Bengali by the author)