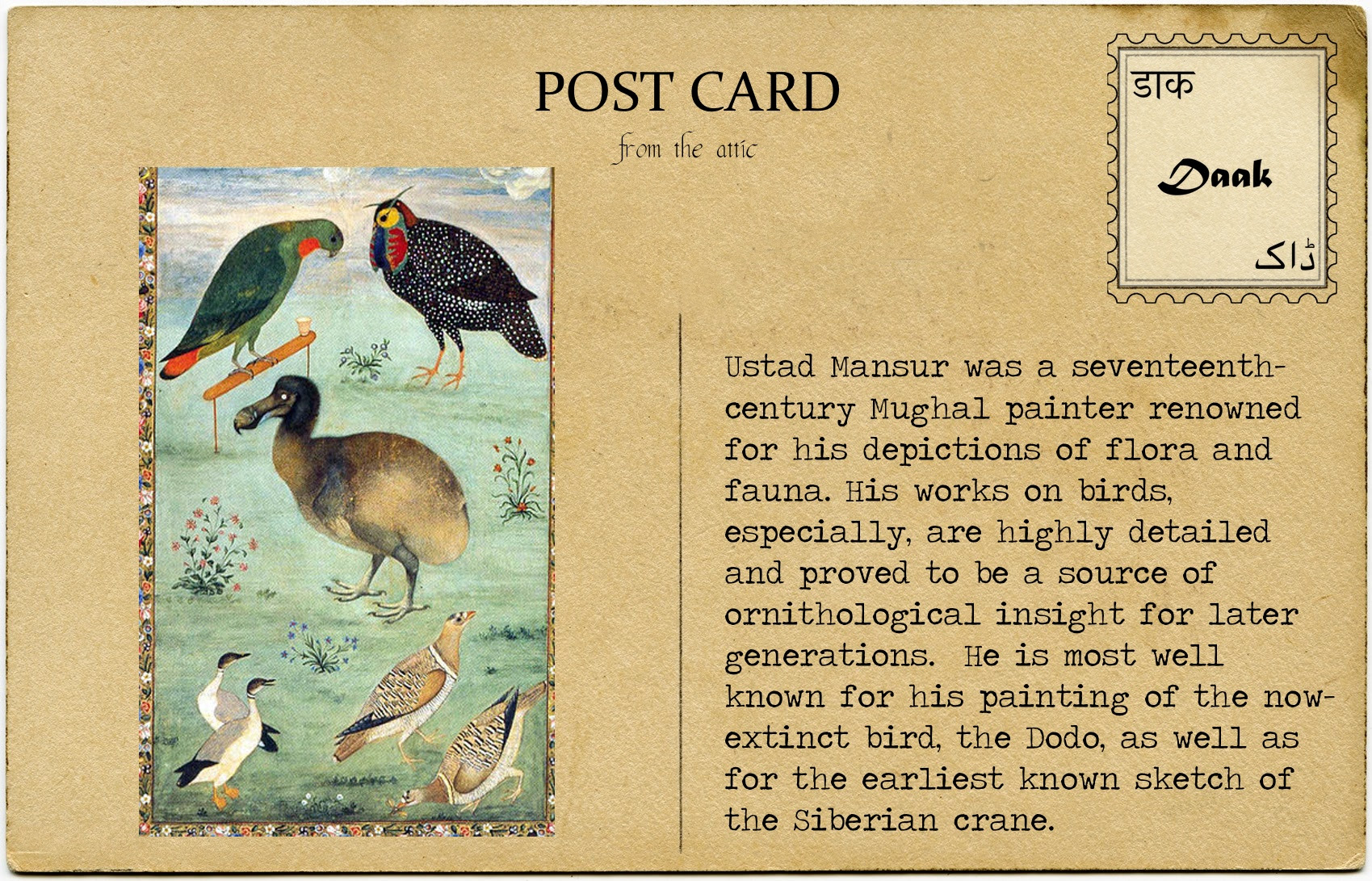 Ustad Mansur was a seventeenth-century Mughal painter renowned for his depictions of flora and fauna. His works on birds in particular are highly detailed, and proved to be a great source of ornithological insight for later generations. He is most popularly known for his depiction of the now-extinct bird, the dodo, as well as for the earliest known sketch of the Siberian crane. Mansur’s work flourished during the reign of Jahangir. Much like his contemporaries, his early work focused on conventional portraiture, but soon evolved into a documentation of nature. His eventual expertise in the field brought him the title of nadir al-asr or “unparalleled of the age”.

While a court painter, Mansur’s approach was not merely aesthetic, but also scientific. He depicted rare birds and unusual flowers in great detail and with accuracy. This is why Jahangir, a known connoisseur for such rarities, would commission him to “draw the likenesses” of exotic flora and fauna he would come across. In 1612, Jahangir received a turkey cock from Goa; in 1619, a Barbary falcon from Persia; and in 1620, during his visit to Kashmir, he was quite taken by a brown dipper. For all of these, Mansur was commissioned to create works of art. Other than his work on birds, Mansur painted at least one hundred flowers from the Kashmir valley too. Of these, the paintings of tulips are best known and true to life.

It is said that while many of his works are true to life and form, he painted many others from his imagination. A reader keen to know more would do well to read the book ‘Wonders of Nature: Ustad Mansur at the Mughal Court’.