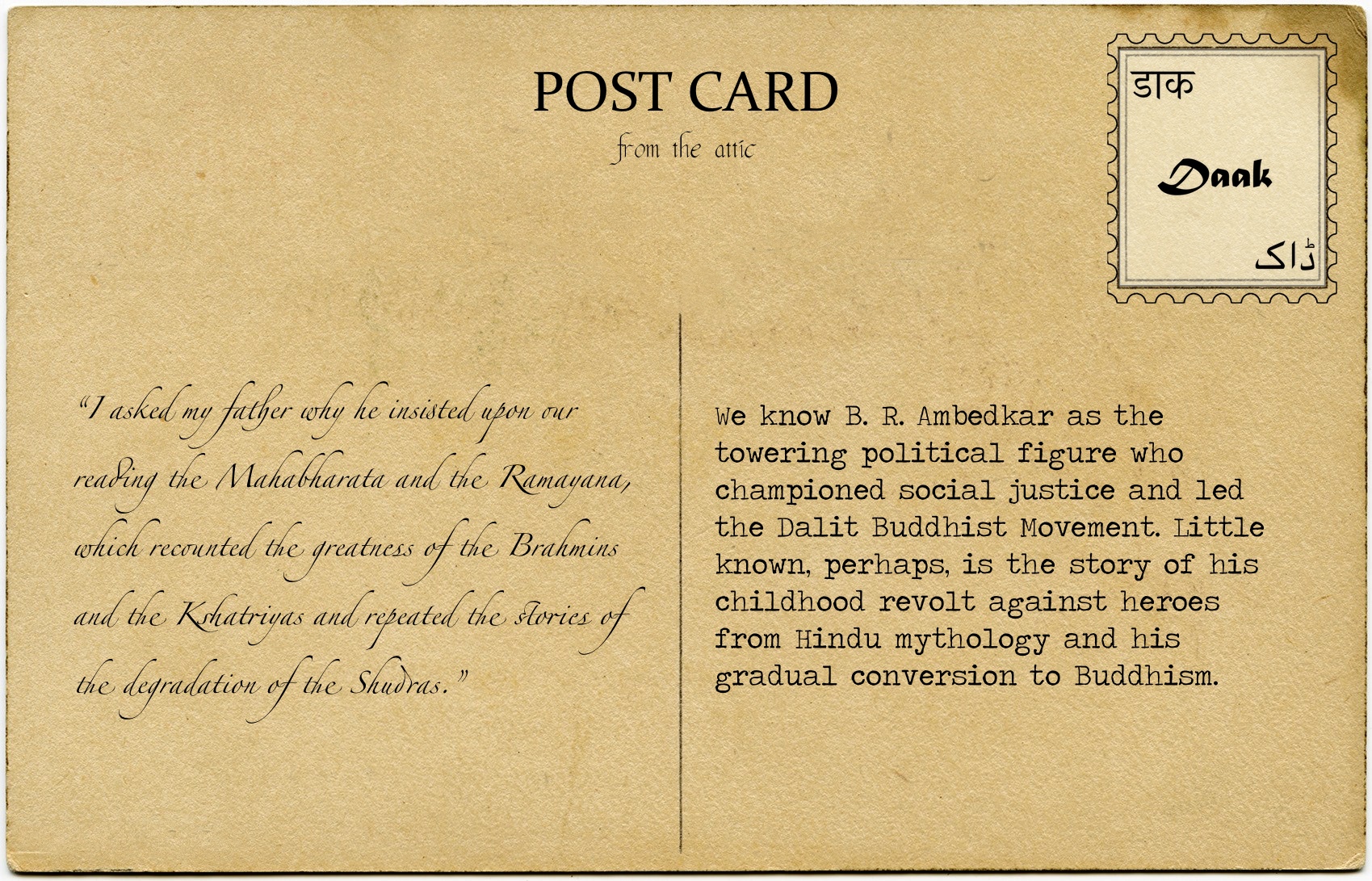 The Astute Critic: B. R. Ambedkar’s Path to Embracing Buddhism

We all know B. R. Ambedkar as the towering political figure who fiercely campaigned against social discrimination.  He not only revived Buddhism in India, but also popularised it amongst the lower castes and so-called ‘untouchables’. Here is the story, in his own words, of how he first became interested in Buddhisim and its tenets.

Taken from his final book ‘The Buddha and his Dhamma’, the following extracts show us glimpses of a young and defiant Ambedkar who dared to question the central authority figure in his life: his own father.

From my early age I found certain contradictions in my father’s religious way of life…As such, he did not believe in Murti Puja (Idol Worship), and yet he performed Ganpati Puja—of course for our sake, but I did not like it.

These observations culminated into a full-fledged revolt in fourth standard when Ambedkar was gifted a book about Buddha’s life. He was moved by the story of Buddha and began questioning the infallibility of the religious texts he had been force fed.

I asked my father why he insisted upon our reading the Mahabharata and the Ramayana, which recounted the greatness of the Brahmins and the Kshatriyas and repeated the stories of the degradation of the Shudras and the Untouchables.

Even at a tender age, Ambedkar began to critically evaluate the virtues and more importantly, the flaws of the heroes forced upon him by a devout family.

I said, “I do not like Bhishma and Drona, nor Krishna. Bhishma and Drona were hypocrites. They said one thing and did quite the opposite. Krishna believed in fraud.. Equal dislike I have for Rama. Examine his conduct in the Shurpanakha episode [and] in the Vali Sugriva episode, and his beastly behaviour towards Sita.” My father was silent, and made no reply. He knew that there was a revolt.

His courage and determination are indeed admirable. However, the most valuable lesson from his story is that the most astute critic is the one who has mastered the subject first.

It was not with an empty mind that I went to the Buddha at that early age. I had a background, and in reading the Buddhist Lore I could always compare and contrast. This is the origin of my interest in the Buddha and His Dhamma.

Ambedkar in his Buddhist deeksha robes