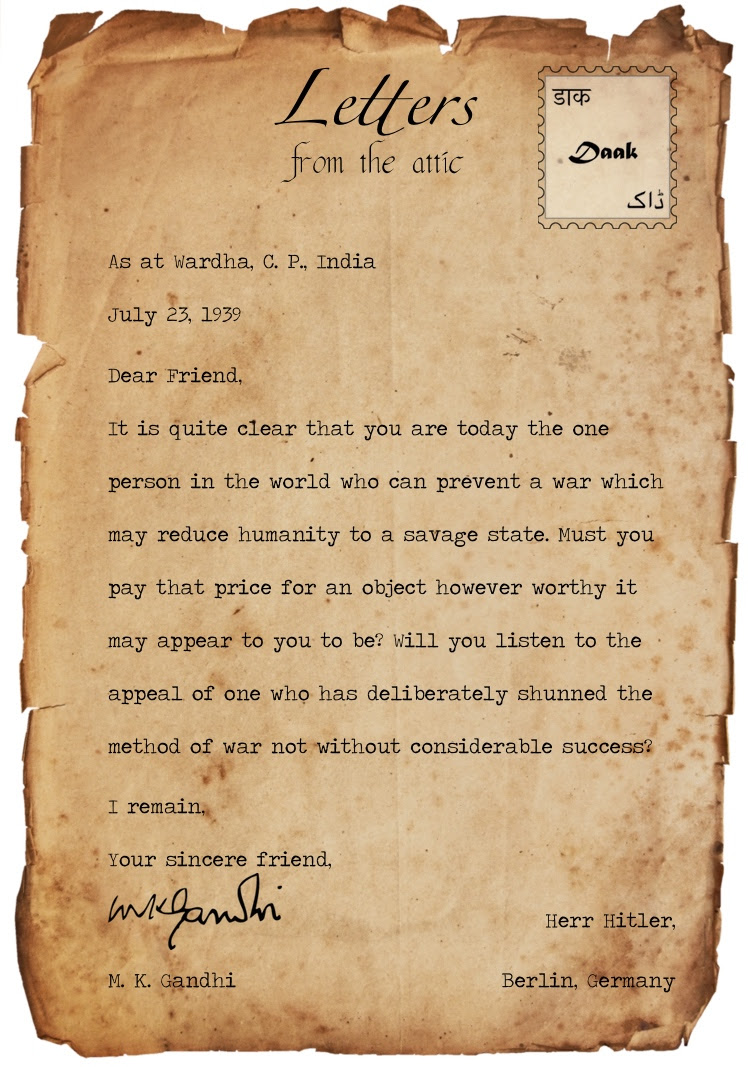 For the sake of humanity: Gandhi’s Letter to Hitler

Letters have been the most powerful modes of communication, traversing borders and cultures for as long as we can remember. Even today, the written word holds immense power. As our signatures get longer and our text messages shorter, it does us well to think of the good old days of elaborate letter writing.

Mahatma Gandhi’s personality needs no introduction, but not everyone knows of the archive of letters famously written by him. Two of these stand out, in their international appeal and for foreseeing a disaster that he sought to avoid. He wrote these letters to his “Dear Friend”, Adolf Hitler, the first one in 1939 and the second in 1940, in an attempt to prevent World War II. This famous plea calls for non-violence to “prevent a war which may reduce humanity to a savage state”.

Much has been speculated about whether these letters actually reached Hitler. Sadly, most sources point to the fact they never did, most likely because of interception by British authorities. The full text of the first letter is below. To see more of his letters, including the second of his two to Hitler, see here.

Friends have been urging me to write to you for the sake of humanity. But I have resisted their request, because of the feeling that any letter from me would be an impertinence. Something tells me that I must not calculate and that I must make my appeal for whatever it may be worth.

It is quite clear that you are today the one person in the world who can prevent a war which may reduce humanity to a savage state. Must you pay that price for an object however worthy it may appear to you to be? Will you listen to the appeal of one who has deliberately shunned the method of war not without considerable success? Anyway I anticipate your forgiveness, if I have erred in writing to you.