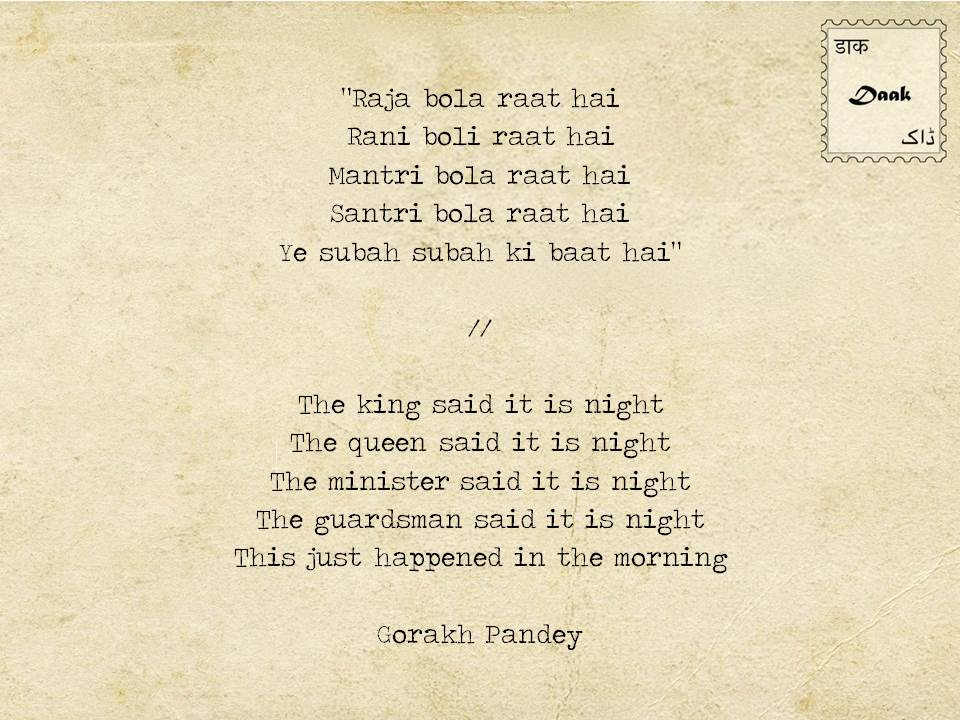 The Voice of the Disenfranchised: Gorakh Pandey’s Poetry

We may find ourselves decrying the current state of politics in India, however, a quick peek into the pages of erstwhile poets reveals that the tides of time have only darkened our festering political system. Poets like Gorakh Pandey used their art to reveal how people in power collude to oppress the masses.

Born in a small village in Uttar Pradesh in 1945, Gorakh Pandey saw the oppression of the caste system first hand. His small acts of rebellion like interacting with lower caste peasants and labourers had already created a deep rift between him and his family. As a college student at BHU and later at JNU, he began writing provocative poems primarily against discrimination and suppression of marginalized communities.

He gained popularity during the Naxalite movement and his poems and songs resonated in rallies, protests and demonstrations across the country. While he became the singular voice of the disenfranchised, he also suffered pangs of depression, ultimately committing suicide thirty years ago in a hostel room at JNU.

In the poem ‘Unka Dar’ (Their Fear), Pandey tries to awaken people to their own power. Although the rich political class has unlimited access to arms and armaments, real and revolutionary power often rests with the masses. It is a pity then that the masses can’t break free from the shackles of their own minds.

Their fear
They are scared
What are they scared of
Despite their abundant wealth
And access to bombs and the police force?
They are scared
That one day
The unarmed and destitute
Will stop
Being scared of them.

He also addresses the fact that artists are often blamed for instigating people when in reality they only act as a mirror reflecting the ethos of their time.

And finally, we leave you with his deceptively simple rhyme on the sinister manipulation of truth and propagation of lies.