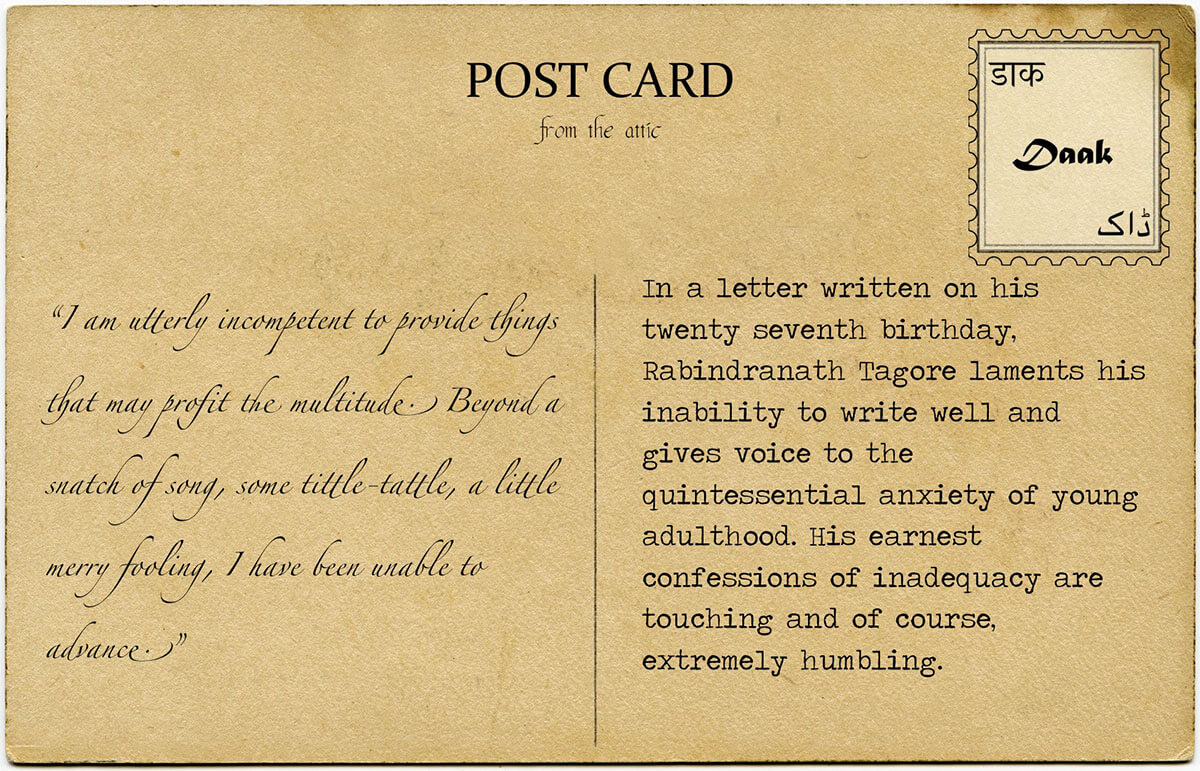 1887 was a wholly unremarkable year for Rabindranath Tagore. Except for the fact that he turned the ripe old age of twenty seven. Although Tagore had published several short stories, essays, a novel and a collection of poems by then, he was still tormented by the quintessential anxiety of adulthood.

In a collection of letters, Glimpses of Bengal, he gives voice to this anxiety and the biggest existential question that haunts our youth–am I going to make something meaningful of my life?

But to reach twenty seven—is that a trifling thing?—to pass the meridian of the twenties on one’s progress towards thirty?—thirty—that is to say maturity—the age at which people expect fruit rather than fresh foliage. But, alas, where is the promise of fruit?

Tagore’s earnest confessions of his own inadequacy are touching and of course, extremely humbling.

I am utterly incompetent to provide things that may profit the multitude. Beyond a snatch of song, some tittle-tattle, a little merry fooling, I have been unable to advance.

Like so many of us, Tagore solemnly carries the burden of expectations thrust upon him. It brings him much anguish and also, a delightful, defiant annoyance. He imagines people thinking:

We want an estimate of the proportion of oil which the blindfold, mill-turning, unbiased critic can squeeze out of you…but did any one ever beg them to nurse these expectations?

Notably, Tagore’s most influential literary pieces were written almost two decades after he wrote this letter. Perhaps there is hope for us yet!