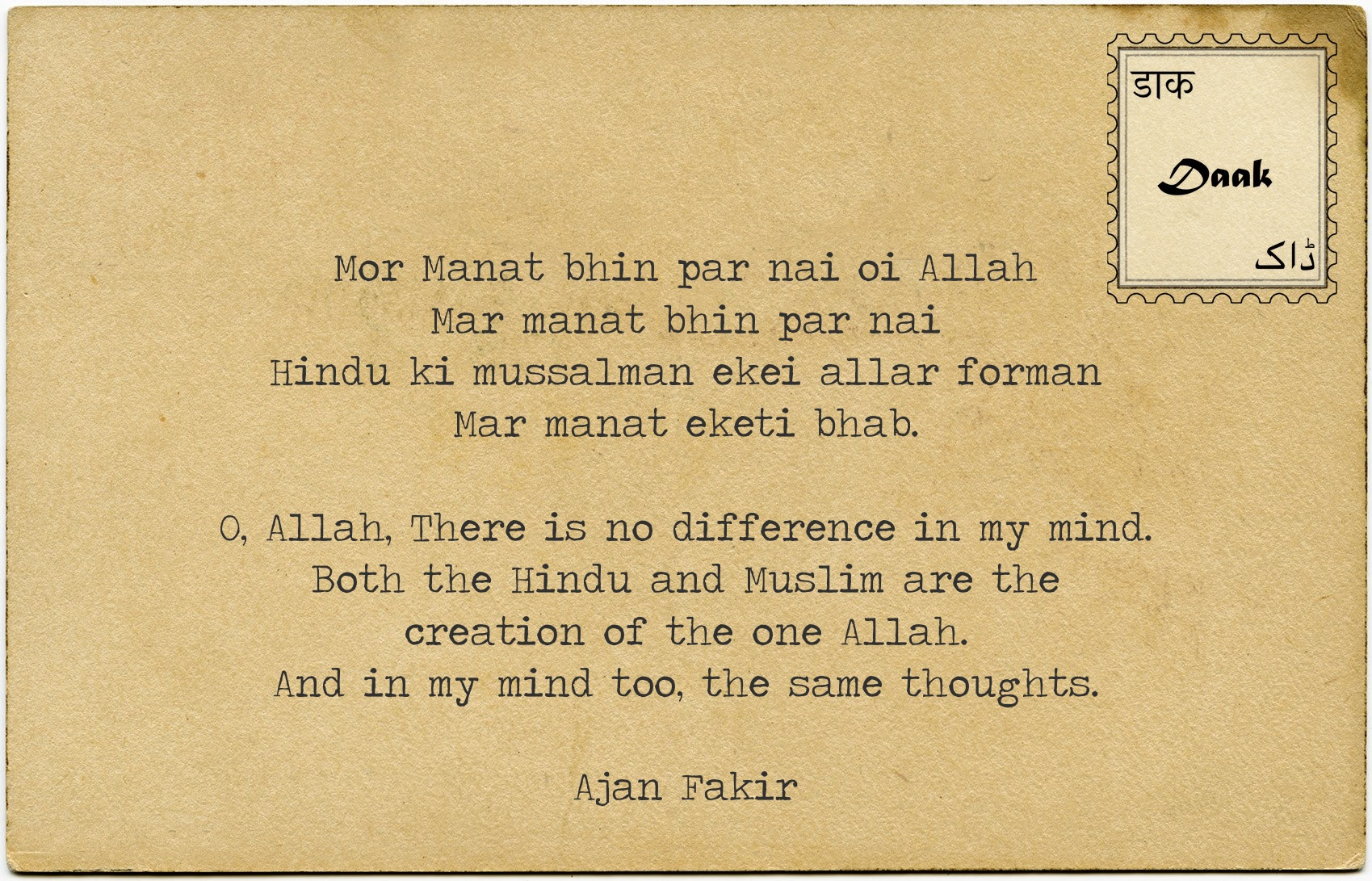 Long before Muslims rulers arrived in the Indian subcontinent, Islam had already reached. Starting in the seventh century, contact with Islam was established through seafarers, traders and the occasional sufi. This contact wasn’t restricted to a specific region and they seamlessly adapted to the local culture of different regions.

Hazrat Shah Milan alias Ajan Fakir, came to Assam from Baghdad in the later part of the 17th century. Staying at a shrine of a preceding Islamic saint, he acquainted himself with Assamese as a language and as culture. While he had come with the purpose of proselytizing Islam, he devoted his lifetime to the upliftment of the downtrodden attracting a wide following across religions.

Understanding the beat of the culture he devised an alternate method of liturgy – he wrote in Assamese verse to preach Islam to people. These devotional songs, termed as jikirs, propagate love for God and spread the messages of sermons. Their style of composition and presentation imitate the devotional songs of the region. His jikirs and jaris were clearly inspired by Assamese cultural heritage and older, more familiar devotional songs of the region. The culture of Muslims in Assam has since been a mixed one. The message of unity and fraternity which was the message of Ajan Fakir, is depicted in the following jikir he composed,

O, Allah, There is no difference in my mind.
Both the Hindu and Muslim are the
creation of the one Allah.
And in my mind too, the same thoughts.

While the jikirs can be elegies and jaris contain stories of Islam, both as based on Assamese tune and idiom, occasionally interspersed with snippets from the Quran. As a result, many Arabic words were introduced into the Assamese language and remain in use today. In this jari below, we can notice anecdotes from the battleground of Karbala.

The chest of Khanjan bird is black, Bhomora is blacker than that
The heart of mother Fatima has become, blacker than all these!
O East wind, blow and cool down the burning heart of the mother
We are two brothers, going to battlefield. Bid us farewell happily!
Both the brothers have been killed in the war and the beds are lying vacant,
Bury the dear one in the graveyard!
Who shall take the hoe and instruments, who else the straw?
Go and get the golden wand, down the lane.
The pigeons fly in sky and come down to earth seeing the tragedy of the Imams.

Listen to a jikir here