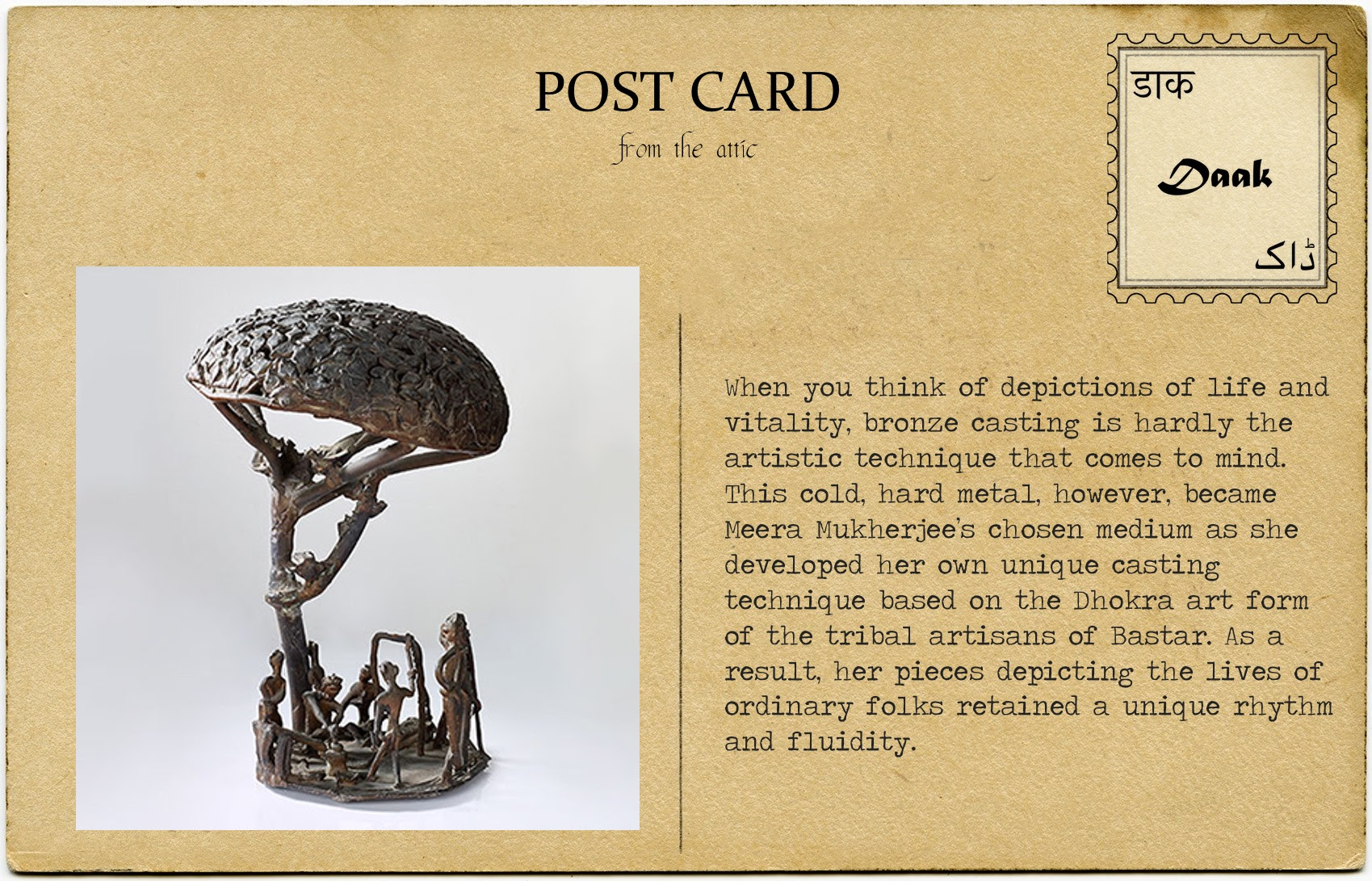 When you think of depictions of life, vitality and fluidity of motion, bronze casting is hardly the artistic technique that comes to mind. This cold, hard metal, however, became Meera Mukherjee’s chosen medium as she transitioned from painting to sculpting and set out to capture the lives and activities of ordinary folk in India.

Born in Kolkata in 1923, Meera Mukherjee became an early student of art, joining Abanindranath Tagore’s Indian Society of Oriental Art at the age of 14. She later went on to study in Munich where she began experimenting with sculpture. However, it took some time before her art found its true vocabulary and medium.

After her return to India and a brief teaching stint, Mukherjee secured an apprenticeship under the tribal artisans of Bastar of Chhattisgarh to learn the Dhokra casting technique. Using their teachings, she innovated her own bronze casting technique which required first sculpting the work in wax to preserve its form, then adding layers of external decoration using bits of wax. As a result, despite the final bronze casting, her pieces retained a unique rhythm and fluidity.

This process was long and often, physically arduous. In one interview, she described this process of creation thus:

“As the fires keep burning, for the 10 or 12 hours that a piece is being fired, I am alert and trying to keep it alive. Sculpture thus becomes a complete, total process. It is like ‘nurturing and nourishing’, like making a human being and bringing him to life.”

This “bringing to life” is evident in her works which are full of activity, movement and at times, even chaos.

You can read an old interview where she discusses her process and inspiration here.