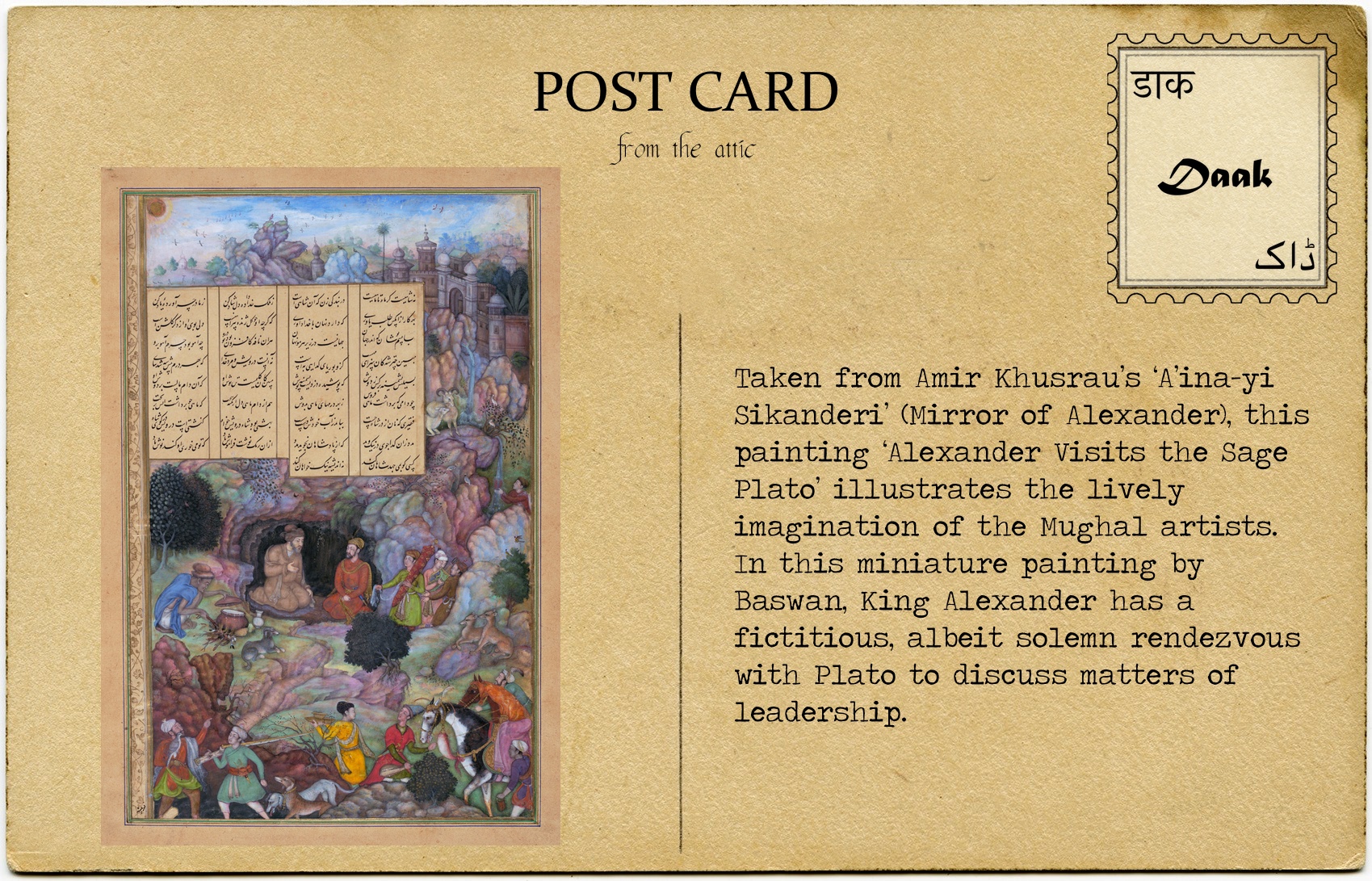 We often dream about meeting a spiritual or intellectual leader who can give us life-changing advice or bring us a moment of epiphany which leads to self-awareness. We imagine, sometimes in great detail, the questions we could ask them and the erudite replies they would offer. Turns out, the Mughals also dreamt up such scenarios in their fables, as is evident from this painting by Basawan, ‘Alexander Visits the Sage Plato in his Mountain Cave’, from the ‘A’ina-yi Sikanderi’ (Mirror of Alexander), the fourth book of Amir Khusrau’s Khamsa.

Basawan, a Hindu miniature painter in the Mughal style, was best known for his detailed illustrations in Akbarnama, the official biography of King Akbar. The themes of his paintings range from kings and battle scenes to daily rituals and routines of the common man. Basawan illustrated various accounts for the ‘A’ina-yi Sikanderi’ as well, covering both fictional and imaginary events from Alexander’s life. In this painting, Alexander is shown visiting the great philosopher Plato in his mountain cave, who advises him on leadership.

This particular painting is interesting for several reasons. To begin with, Basawan’s imagination has given Plato an oriental makeover, both in attire and appearance, possibly to resemble the local wise men. Secondly, this momentous meeting is juxtaposed with trivial scenes, perhaps to make the setting more realistic and to some extent, even comical. In the periphery of the painting, there is a disciple stoking a fire and peeking into a cooking pot and another disciple washing his hands in the waterfall. Finally, this vivid image leaves us wondering what Alexander and Plato would have discussed, had they actually ever met.