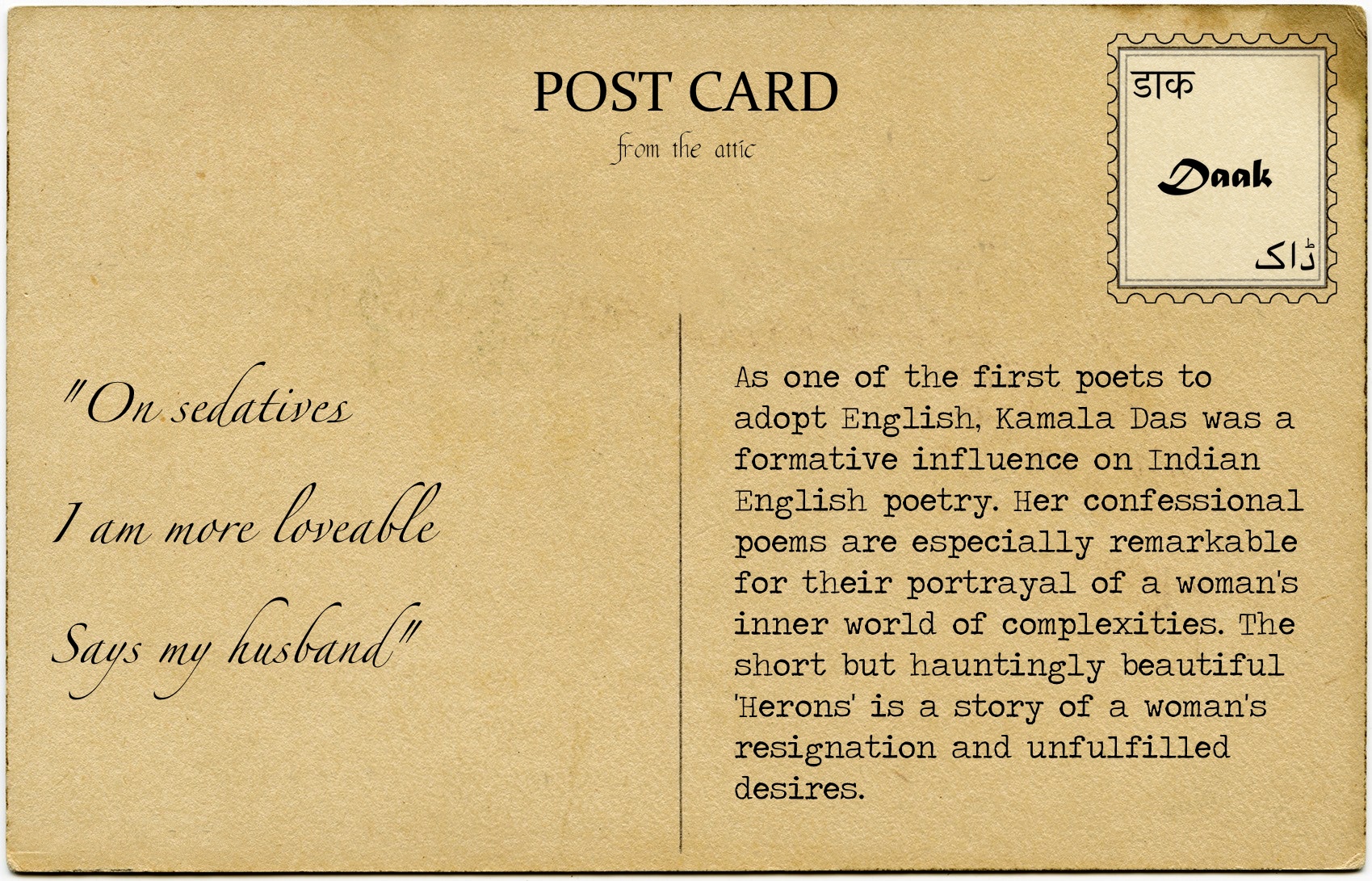 Voices of a Woman: Kamala Das’ ‘The Looking Glass’ and ‘Herons’

Kamala Das was one of the first Indian poets to adopt the English language as a medium of expression despite widespread criticism. As a result, she was a formative and formidable influence on Indian English poetry. Her confessional writing revealed deeply personal details –  her emotional fragility, her husband’s homosexuality, her own yearning which manifested in illicit affairs with men and women, her acute shame thereafter, and even her attempts to take her life.

Das’ poetry is especially remarkable for its portrayal of womanhood in all its glory and complexity; her narrative voice often alternates between bold and demure, demanding and submissive. In some of her works, such as ‘The Looking Glass’, she is a provocative seductress who asserts that it is “easy” to get a man to love you. She urges women to give themselves completely to their object of desire but more importantly, to embrace the “gifts” of their own sensuality.

“Gift him what makes you woman, the scent of
Long hair, the musk of sweat between the breasts,
The warm shock of menstrual blood, and all your
Endless female hungers.”

In striking contrast to this is the short but hauntingly beautiful ‘Herons’, a story of resignation and unfulfilled desire. Like other women trapped in loveless marriages, she must douse her ferocity with sedatives to become pliant and lovable in the eyes of her husband.

Listen to a reading of ‘Herons’ in Kamala Das’ voice here.