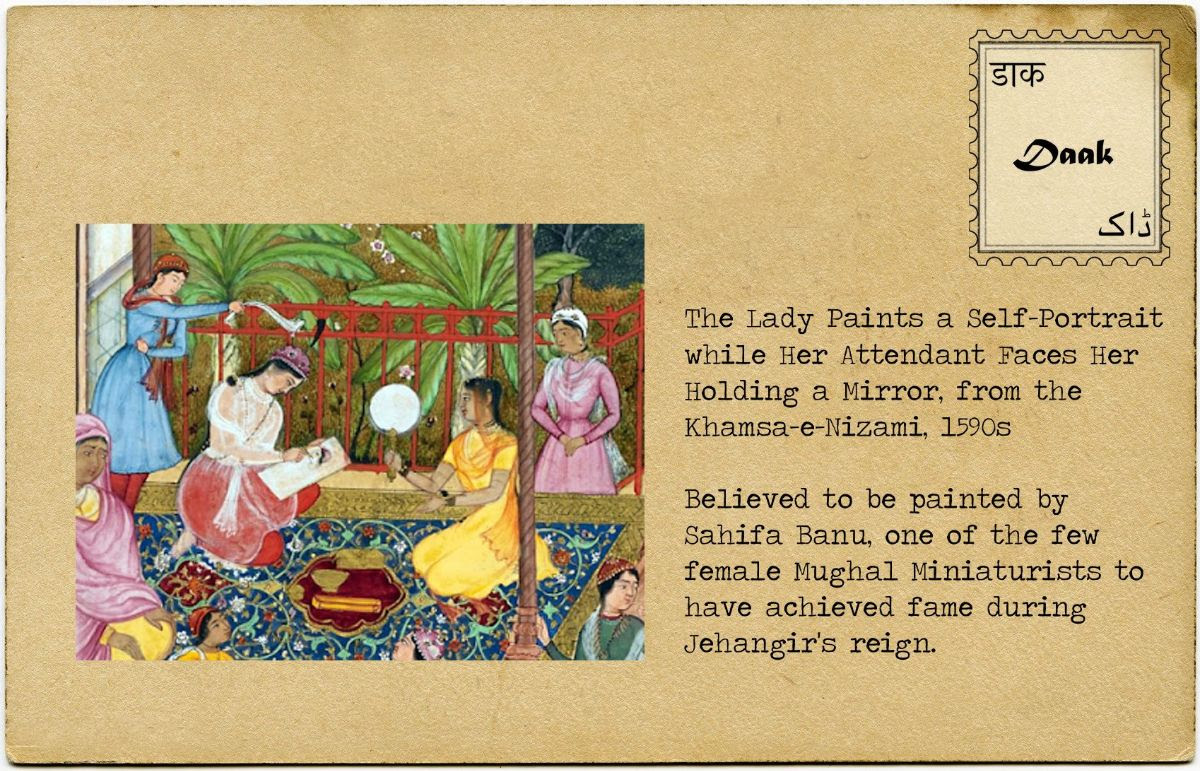 There are countless Mughal miniatures of women engaged in different activities. However, these portrayals, and subsequently, the gaze with which we are forced to look at them, have almost entirely belonged to men. While women did commission paintings, and perhaps take art lessons for entertainment, there were only a handful of women who could practice art as a profession.

Sahifa Banu was one of the select female miniaturists who accomplished fame during emperor Jehangir’s reign. There are a mere three or four paintings that can be conclusively traced to her from that period. Yet, these paintings are telling of her mind, skill and eye for detail.

The most interesting work attributed to Banu is ‘The Lady Paints a Self-Portrait while Her Attendant Faces Her Holding a Mirror’ from the Khamsa-e-Nizami. In this painting, we can see a woman creating her own likeness –perhaps for fame, immortality or just sheer pleasure.

This painting and its theme is particularly significant as it is believed that male artists did not have access to zenanas (female quarters) and probably painted women from their imagined ideas of femininity.

The Lady Paints a Self-Portrait while Her Attendant Faces Her Holding a Mirror Image from the Khamsa-e-Nizami, 1590s British Library

The other paintings believed to have been made by Sahifa Banu are also full of intricate details and masterful strokes, offering us unique insights into a world that was largely closed to women.