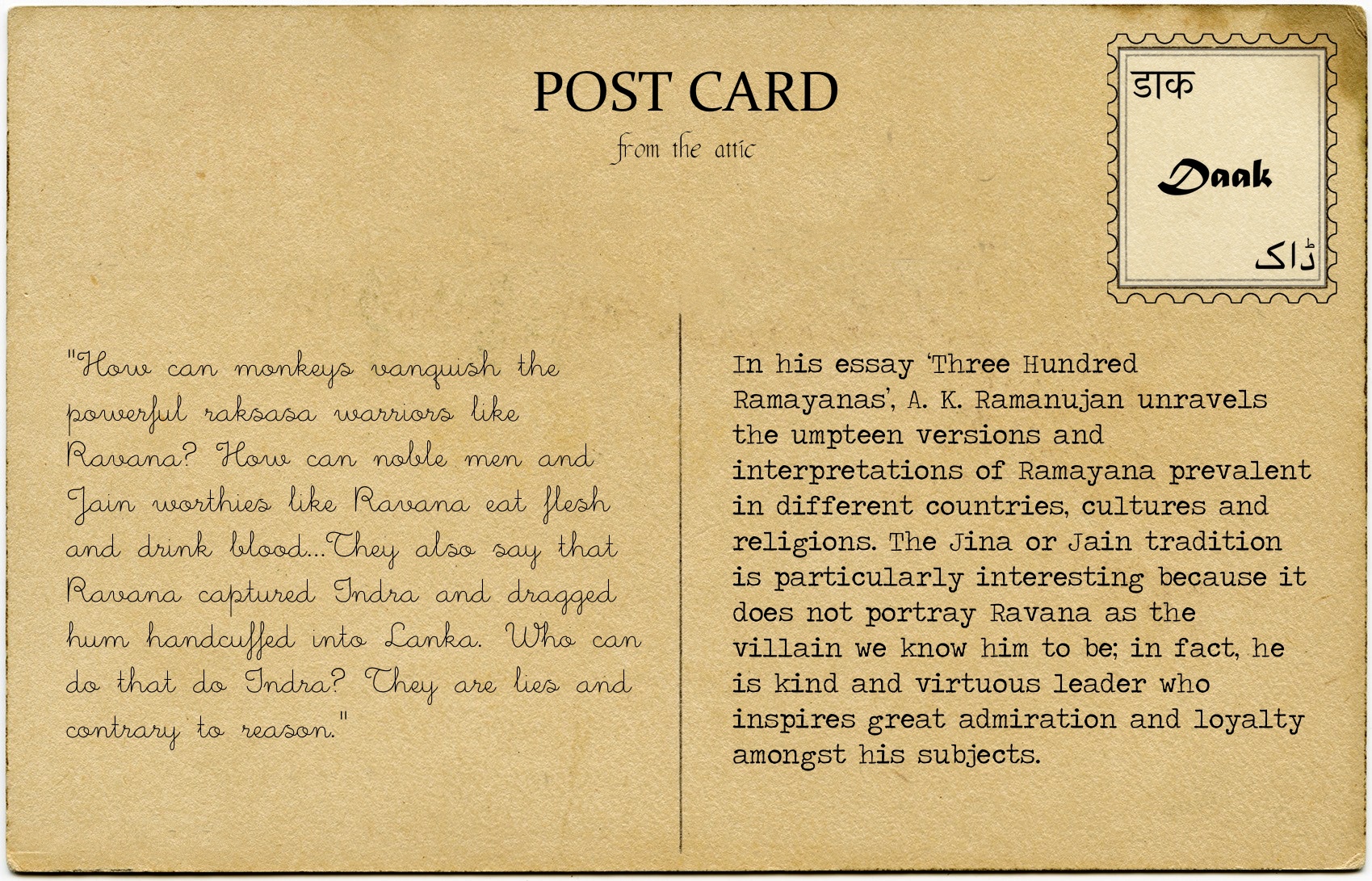 A Tragic Hero: Portrayal of Ravana in the Jain Tradition

In the midst of Dusshera and Diwali season, we often recount the famous story of the defeat of Ravana at the hands of Lord Rama and his subsequent return to Ayodhya. The burning of Ravana’s effigy turns into a public celebration, symbolising the destruction of evil and the triumph of truth and virtue.

But what if Ravana was not the monster we think him to be? What if he were an upright human being who became the unfortunate victim of his owe pre-determined fate?

In his essay ‘Three Hundred Ramayanas’, A. K. Ramanujan unravels the umpteen versions and interpretations of Ramayana prevalent in different countries, cultures and religions. The Jina or Jain tradition is particularly interesting because it does not portray Ravana as the villain we know him to be; in fact, he is kind and virtuous leader who inspires great admiration and loyalty amongst his subjects.

One such Ramayana in the Jain tradition begins by challenging the logic of Valmiki’s plot.

How can monkeys vanquish the powerful raksasa warriors like Ravana? How can noble men and Jain worthies like Ravana eat flesh and drink blood…[t]hey also say that Ravana captured Indra and dragged hum handcuffed into Lanka. Who can do that do Indra? All this looks a bit fantastic and extreme. They are lies and contrary to reason.

In fact, this Ramayana finds a logical explanation for the many legends and myths prevalent in the Ramayanas of the Hindu tradition.

When he was born, his mother was given a necklace of nine gems, which she put around his neck. She saw his face reflected in them ninefold and so called him Dasamukha, or the Ten-Faced One.

What is interesting in the Jain Ramayanas is Ravana’s fall despite his various virtues and conquests. He is not only aware of his one grave mistake (the abduction of Sita) but also brave enough to fight in a battle where his own defeat is inevitable. Some versions claim that Sita was actually his daughter and that he only abducted her to save her from the hardships and perils of exile.
We may never be able to ascertain which Ramayana is the real one. Or if Ravana was really the ultimate villain in this story. But perhaps, that is not even important. What Ramanujan’s essay shows us is that there are multiple sides to any story and that every villain has a story too.