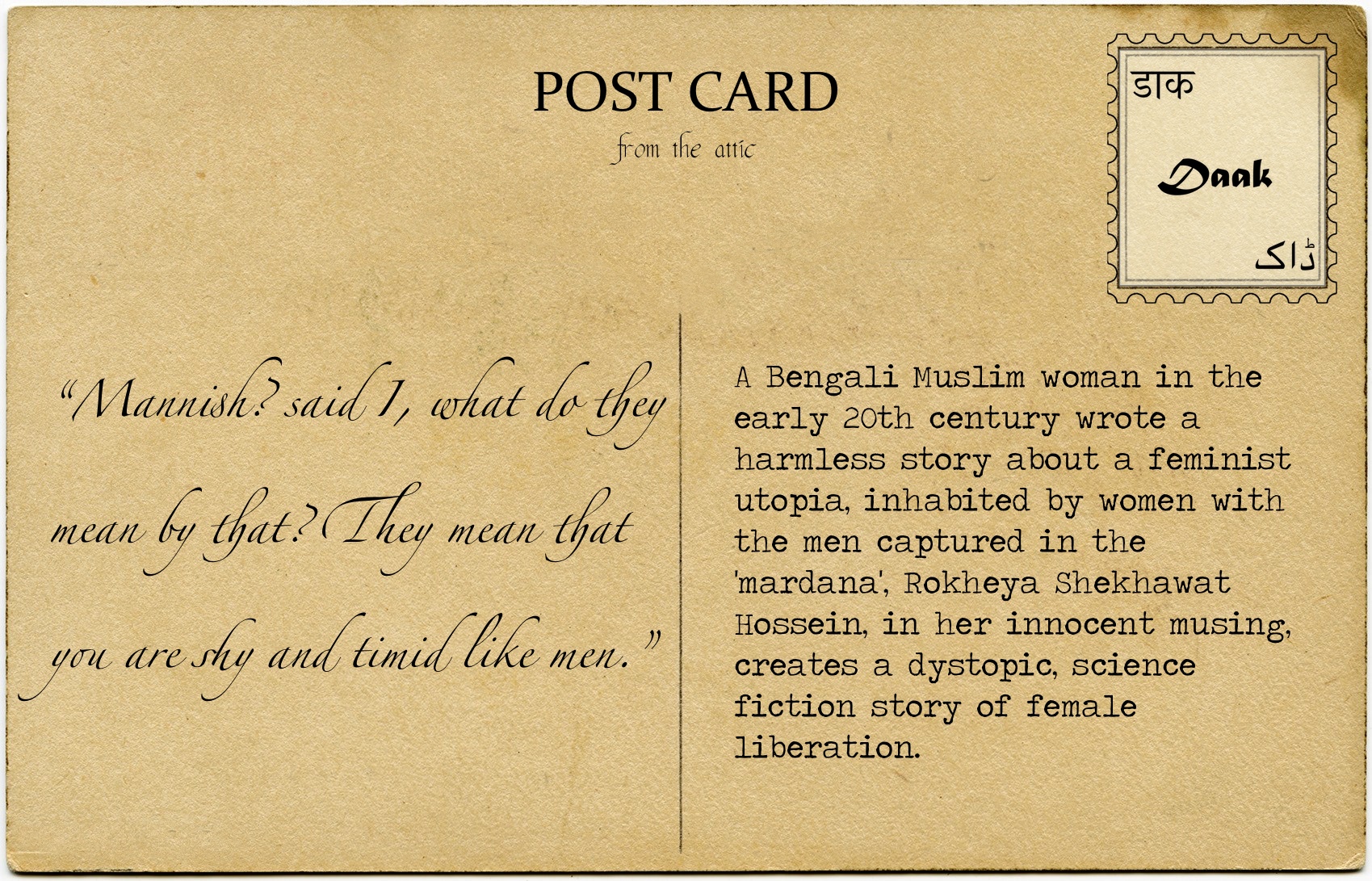 In 1905 Bengal purdah was still prominent and women’s education not so much. But in a prominent Bengali Muslim household, Rokeya Sakhawat Hossain had her own little feminist dystopia penned down waiting to be read by her husband. Hussain was one of the select women to be educated in that time. Her husband, who taught her how to read and write English, had gone on a business trip to return to her having prepared this story as a present. Little did she know how her innocent tale would become a classic feminist science fiction short story to be revisited, illustrated and discussed in classrooms and sessions a century later.

“Mannish? said I, what do they mean by that? They mean that you are shy and timid like men.”

The story begins with Sultana drifting off to sleep in the zenana (women’s chamber) while her burkha lies beside her. Waking up in an alternate reality, she realises that stereotypes don’t fit anymore and this utopia works in mysteriously scientific ways. The women have harnessed the power of the sun to capture the men into the mardana, their absence a looming reality in the story. “Ladyland”, as they call it, is a space where women find themselves liberated and responsible for their own destiny.

“You need not be afraid of coming across a man here. This is Ladyland, free from sin and harm. Virtue herself reigns here.”

Such is their self sufficiency, that they are equipped to build their own vehicles to fly from place to place. The story is available online, and is a light and highly impressive read for the time and space it belonged to: a world on the brink of hopeful scientific discoveries and feminism. Cars don’t fly yet, but neither does the feminism Sultana hopes for.