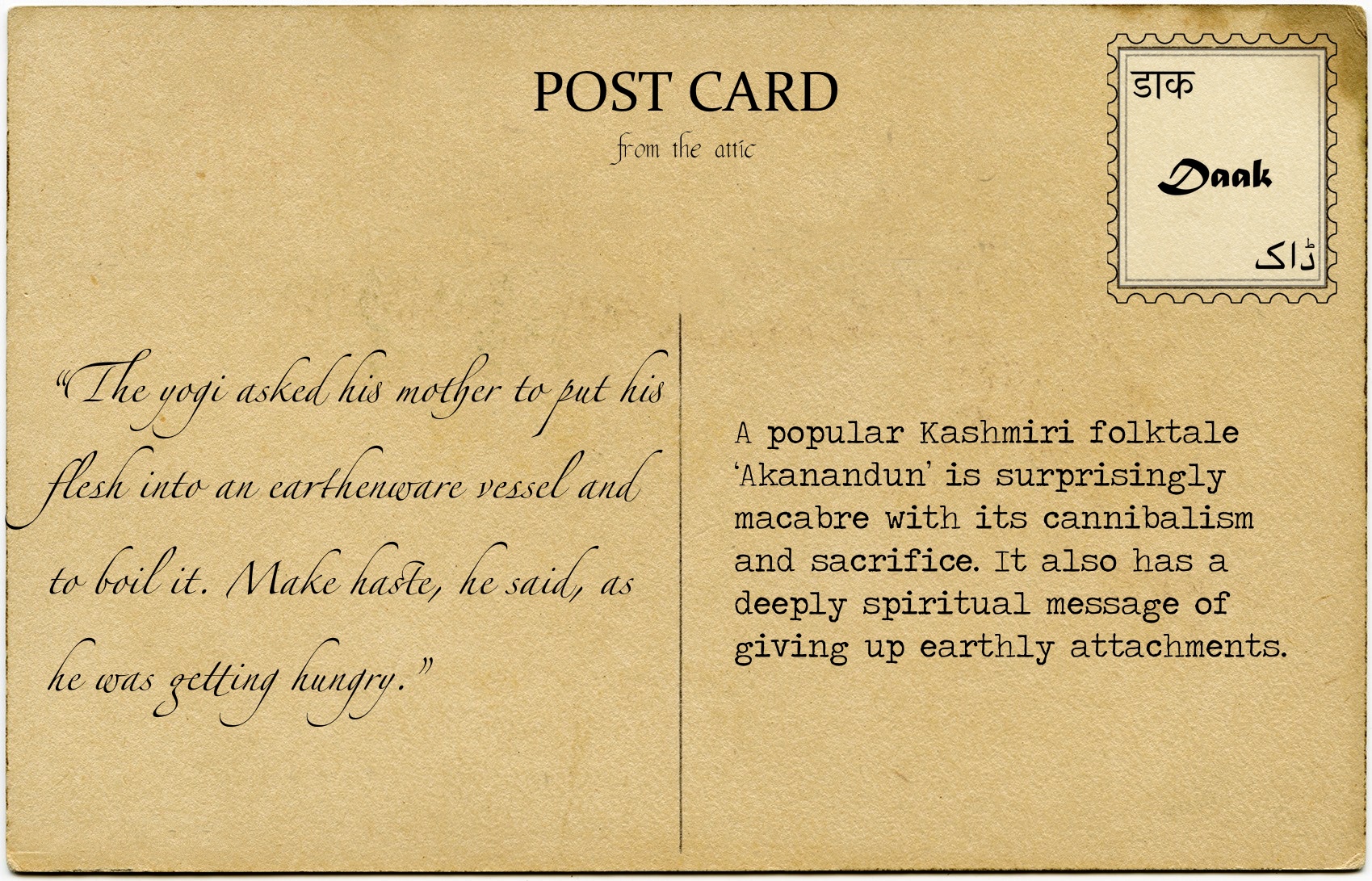 Sacrifice and Selflessness Explained through Cannibalism: The Kashmiri Folktale ‘Akanandun’

Children’s folktales are similar in structures, themes and morals across the world. What is a bear in one culture, turns into a horse in another but the morals behind the stories remain the same. The surprising daastaan of Aknandun, a popular folktale many a Kashmiri kid hears is more macabre and traumatizing than what you’d expect of a story for children. It also has a deeply spiritual message that is often lost without analysis.

The story is simple. A royal couple wants a child. A yogi grants them a wish that he will give them a child but they will have to return it after twelve years. They have six girls and want a son so they readily agree to the yogi’s demands, raising the child with love and affection and slowly fading away the memory of the conditions. When the boy turns twelve, the yogi knocks on their door to have the child back. Paying no heed to their protests and wails, he orders them to cut the boy into pieces, cook his meat and serve it. The family, distraught and destroyed, comply. The table is laid for three, but the yogi asks for a fourth plate. The parents, who by now have given up hope, meekly ask who this is for. The yogi beckons to the door and in walks Aknandun, much to the shock of everyone. As they gape at their son whom they had just slaughtered, they turn back to find the yogi and the food disappeared.

The story is Abrahminical in the parallels one can draw and has been rendered into poetry by many a Sufi saint, the most famous of them being Samad Mir who used it to give voice to a mystical idea between Sufism and Shaivism. Although the lesson from the slaughter is to teach the parents detachment and selflessness, it does seem rather gruesome a tale for the young ones. Decide for yourself as you read a version of the story here.