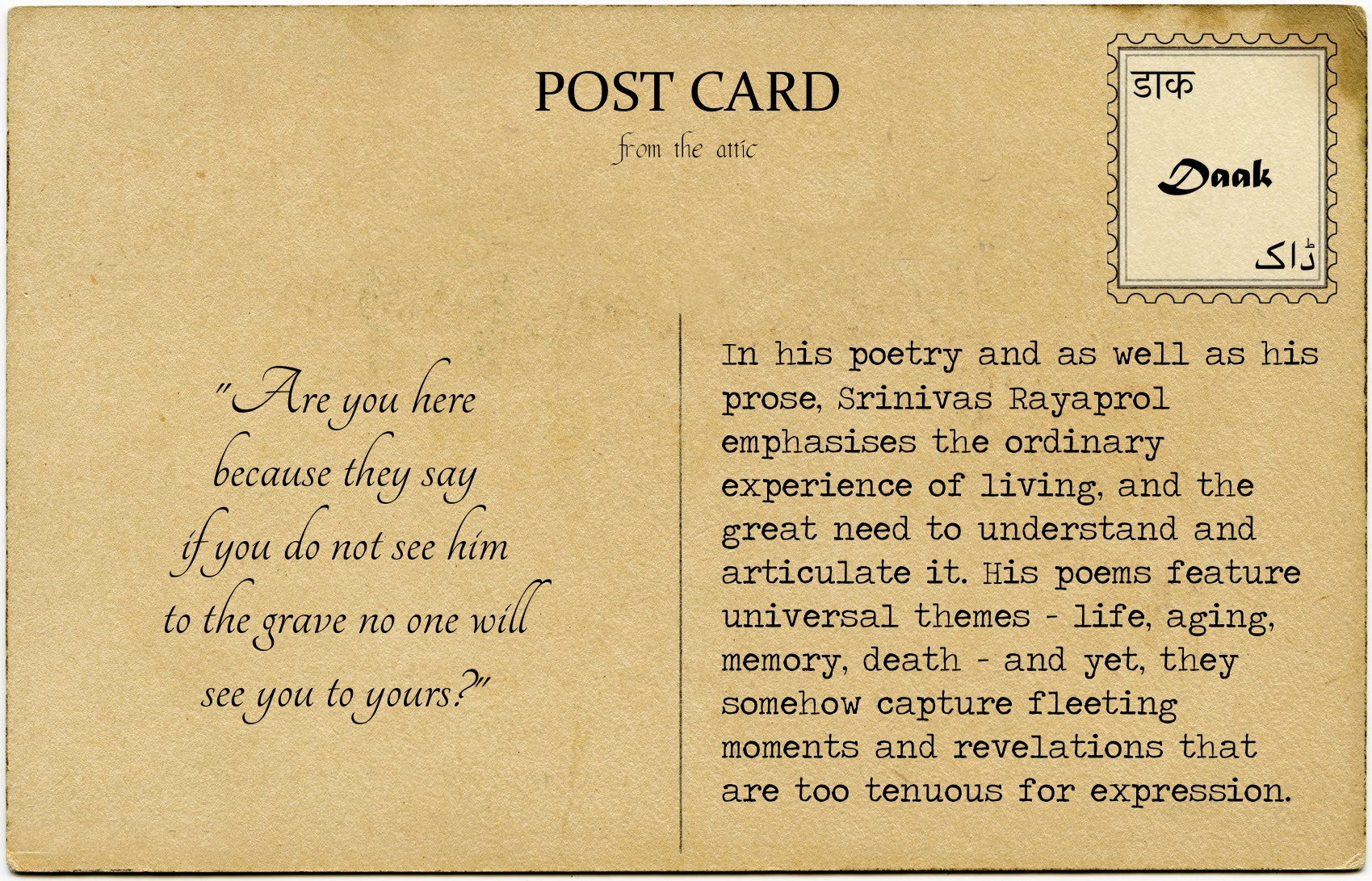 Poet Whom Nobody Discovered: Srinivas Rayaprol’s Poems on Ordinary Life

Dom Moraes once wrote a moving tribute to a relatively unknown poet, and countless others like him, aptly titled ‘Poet Whom No One Discovered’. He was talking about the quiet, elegant and extraordinary poems on ordinary life by Srinivas Rayaprol.

Born and raised in Secunderabad, Rayaprol followed a predictable yet conscientious path, first completing his graduation in India and then going to Stanford University to study Civil Engineering. While at Stanford, he started writing poetry and became acquainted with other writers and poets.

Although Rayaprol joined government services and steadily rose to the top, he never quite abandoned his literary pursuits. His poems were featured in several national and international publications and he even founded, edited and funded a literary journal, ‘East and West,’ featuring prominent poets and writers from India and abroad.

In a preface to a collection of his poems he explains, “As I say in one of my poems, life has been mostly a matter of living the days. Except perhaps for that special occasion, the splitting of the brain into the myriad moments of intensity and feeling that perhaps give rise to what is a poem.”’

In his poetry and as well as his prose, Rayaprol emphasises the ordinary experience of living, and the great need to understand and articulate it. His poems feature universal themes – life, aging, memory, death – and yet, they somehow capture fleeting moments and revelations that are too tenuous for expression.

One instance of this is the poem, ‘Some Thoughts on Trees’:

The hard core of man is as of the tree
with its dead branches in the Winter weirdness
and a leaf-left frailty of Autumn
Or the green bud that plunges its root in spring
and the yellow proclamations of flowers
leaves and other Summer splendours.”

Death particularly fascinates him, as an inevitable end, but also as a mirror that reflects our utter selfishness and apathy. In ‘The Dead’, he says:

“We love the dead
For their being so
Stowed away in the solitary
Seclusion of the individual mind.
Avoidable as necessary,
Avoidable at a moment’s recall
To fill the tears in drawing-room
Many years later.”

He echoes the same sentiment in another poem, ‘A Funeral’:

“Are you here
because they say
if you do not see him
to the grave no one will
see you to yours?”

However, these sombre examples do not do justice to his emotional range and dexterity with different subjects. Rayaprol dabbles in humour, like all great writers, and often produces effortlessly humourous lines such as these:

THE JESUIT
was an able casuist.
After a discourse
(on various religions)
he suggested intercourse.

You can download a free copy of his ‘Selected Poems’ here.