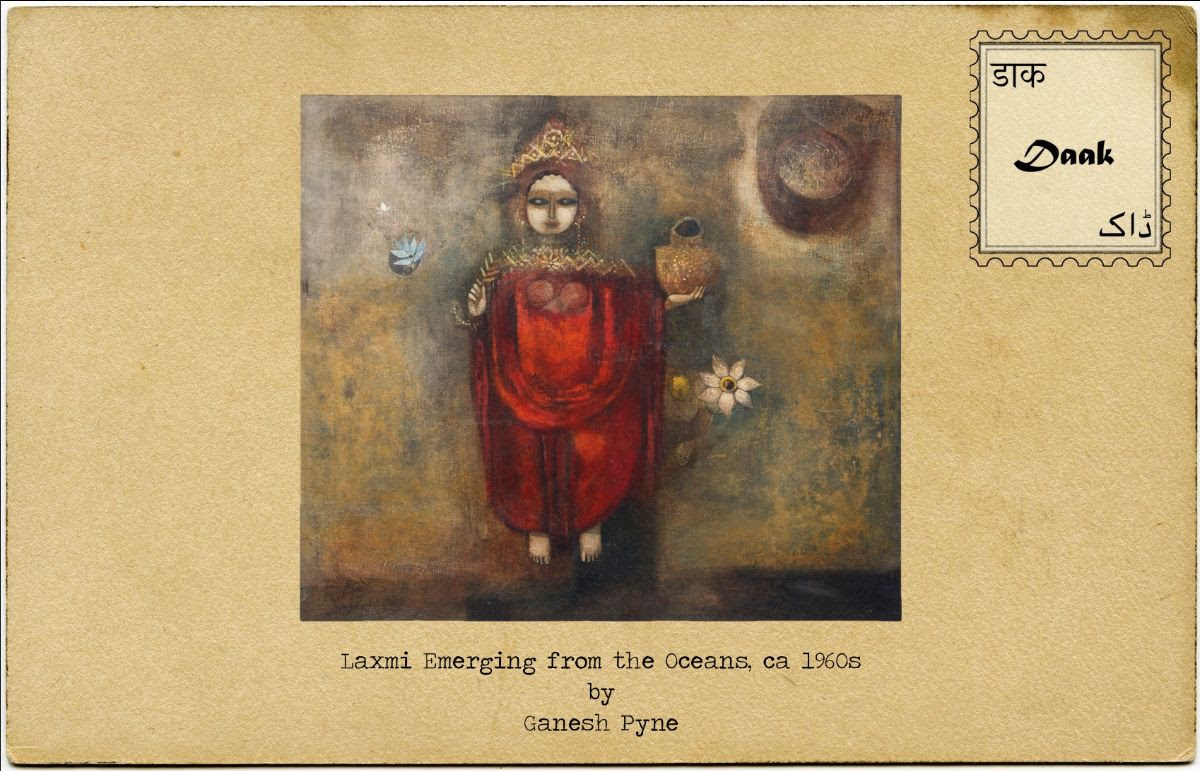 A withdrawn demeanor is, at times, just a fragile cover for deep souls wallowing in their own private mythology. What fanciful worlds they dream up and live in, it is impossible to know. Ganesh Pyne, a reticent artist with an unusual imagination, left us a rare glimpse of a complex inner world in his dark and surreal paintings.

Ganesh Pyne (1937 – 2013) was born in Kolkata and attended the Government College of Art and Craft. Deeply influenced by Abanindranath Tagore, Hals Rembrandt and Paul Klee, he developed his own contemporary style of ‘poetic surrealism’ and fantasy around Bengali folklore and mythology.

Pyne’s brushstrokes reveal the seduction and drama of a parallel universe; he once said, “In my mind’s eye, I see things in my own way. I carry my own world within me. And often this world runs parallel to the world of reality in which I live. My inner world is rooted in my childhood. It has been nourished by my childhood associations.” An enduring influence on his art was his grandmother, Nandarani. With a knack for imaginative storytelling, she enraptured him and turned boring meals into fantastic adventures. As a deeply sensitive child, Pyne found an oasis of comfort in his grandmother’s tales. Another major influence on his art was the 1946 communal riots in Kolkata that left thousands dead and wounded. During this time, Pyne first encountered death in the brutally slain corpses piled up on the streets in the aftermath of the riots. Subsequently, death became a recurring theme in his art, showing up alongside other dark imagery such as bones and debris. Laxmi Emerging from the Oceans, 1960s Despite his wild popularity in the art circles, both in India and abroad, Pyne rarely attended exhibitions or events, preferring to display his paintings three at a time. Although named as a favourite by the likes of violinist Yehudi Menuhin and painter M.F. Husain , he shunned the media hype and attention until the very end, choosing instead to live in his own alternate reality.