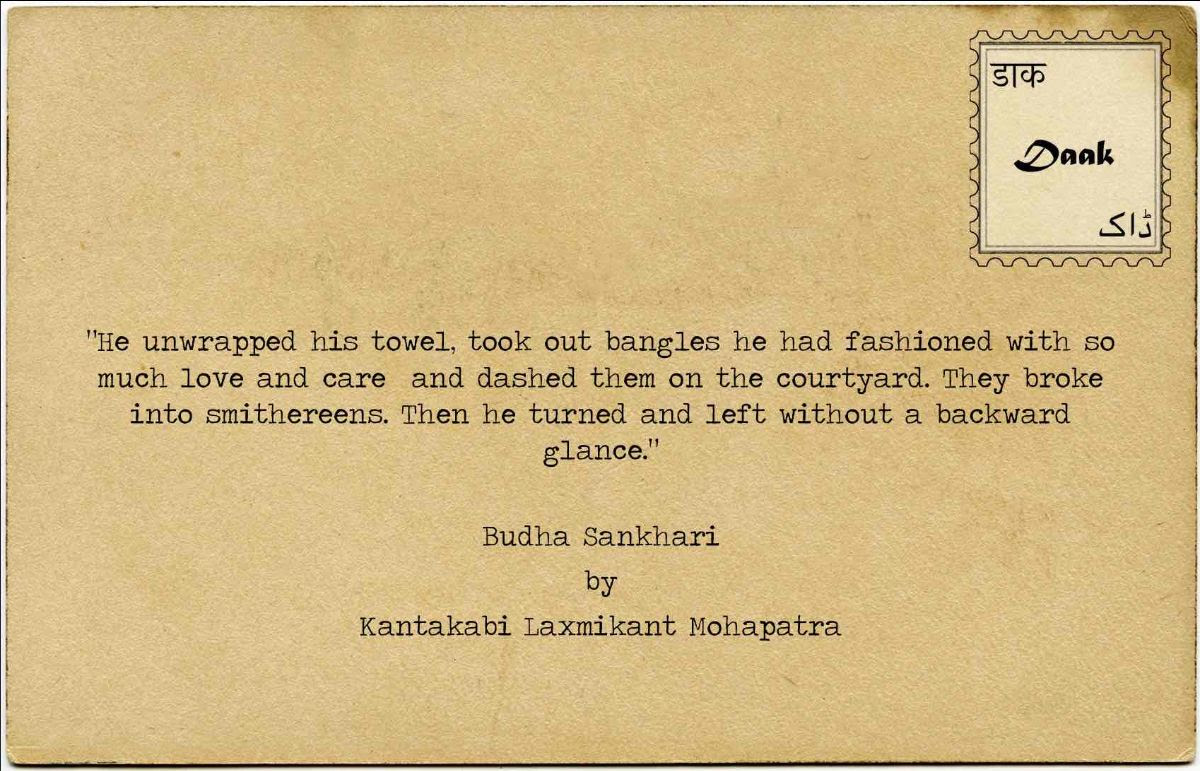 Laxmikanta Mohapatra (1888 – 1953) was a famous Odia poet and writer known for his versatility.  He was a freedom fighter as well and though few in number, his verses on nationalism are powerful and well remembered. As much as he brought stories of the masses into his work, his work also shouldered the responsibility of taking literature to them. With literature, he took nationalist fervor to thousands of people, invoking the spirit of patriotism in them. It is for this treason hat he has been honored with the title of ‘Kantakabi’.

His stories, too, are popularly remembered. In the tale, “Budha Sankari”  (The Old Bangle Seller), Mohapatra takes us into the life of a frail and disheartened old man. Life has been cruel to him as a poor bangle seller and he lives in loneliness, peddling his wares to earn a meagre living. In a turn of events that one reads with a mix of melancholy and warmth, he comes across the beautiful young wife of a landlord who asks him to mould aasmaan taara bangles for her.

Her bright face infuses him with a new leash of life. He puts all his time and energy into crafting these bangles–a vision of them on her delicate wrists sustaining him through this effort. He spends his days wandering around her house eager to catch a glimpse of her. This youthful infatuation sustains the lonely old man, giving him purpose and inspiration to continue his craft. Despite a bout of debilitating sickness, Budha Sankari persists and gets the aasmaan taara bangles ready for the young mother right before the Rajo festival. On the auspicious day of the festival he rushes to the house of the landlord with this prized possession.

Alas, one has no control over fate. As soon as he arrives, he finds out that the young woman would not need the bangles any more. It is revealed that she has been widowed, and therefore prohibited from wearing any adornments.

The lovely hands were bare, without bangles. He burst into a wail. The young widow silently withdrew. He unwrapped his towel, took out bangles he had fashioned with so much love and care and dashed them on the courtyard. They broke into smithereens. Then he turned and left without a backward glance.

This quiet story poignantly traverses grief, fate, inspiration and purpose that we find in the unlikeliest of places and interactions in our lives.

You can listen to the original story in Odia here.