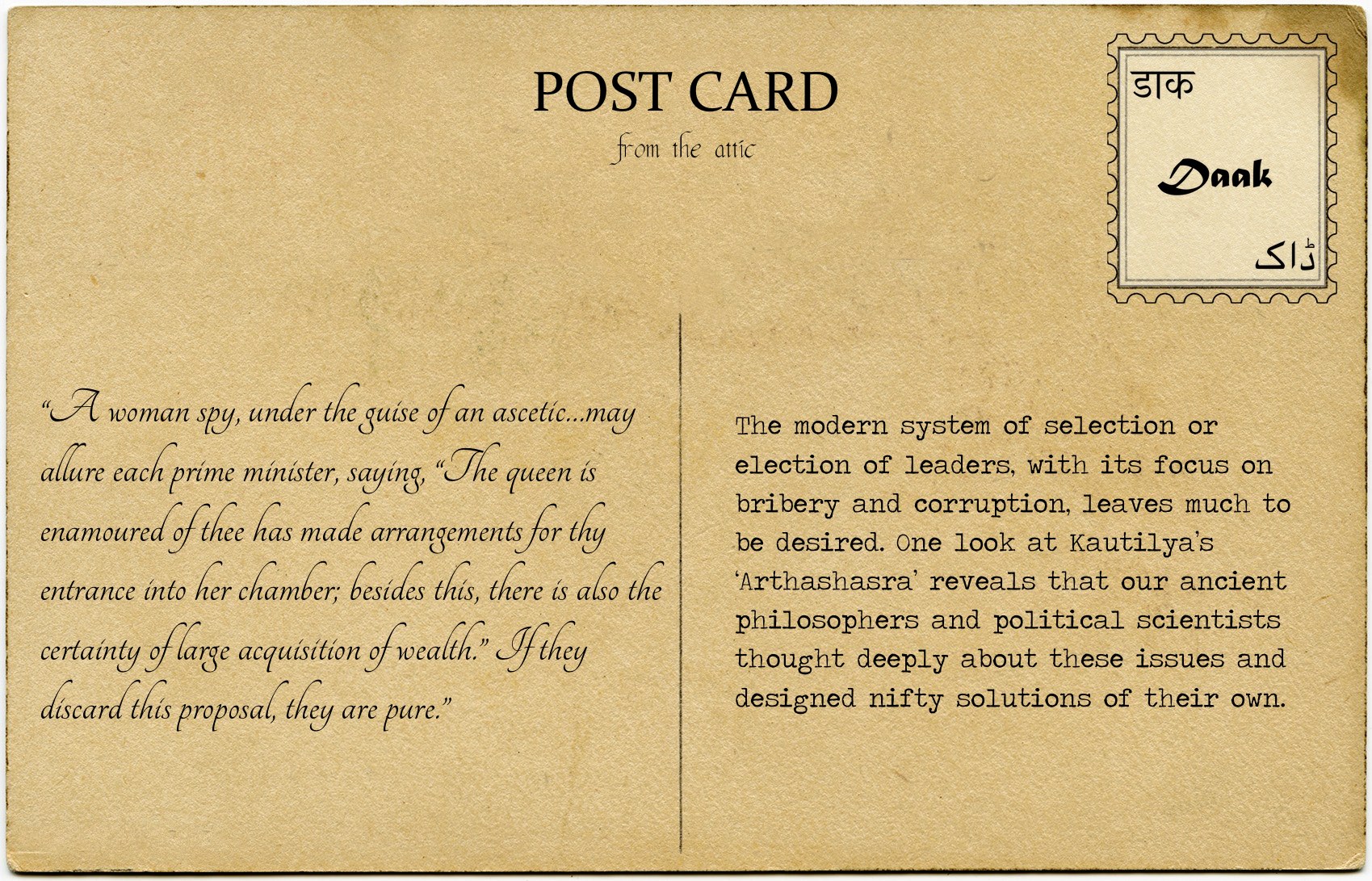 All the King’s Men: Moral and Ethical Qualifications for Government Officials in Kautilya’s Arthashastra

The frenzy of election season often brings a spate of ugly revelations about politicians. The modern system of selection or election of leaders, with its focus on bribery and corruption, leaves much to be desired. One look at Kautilya’s ‘Arthashastra’ reveals that our ancient philosophers and political scientists thought deeply about these issues and designed nifty solutions of their own.

Kautilya, popularly known as Chanakya (c. 350–283 BC), was a scholar at Takshashila University and the adviser of Emperor Chandragupta Maurya, founder of the Mauryan Empire. His comprehensive treatise on statecraft and governance, ‘Arthashastra’, was written around the 4th century BC but identified by R. Shamasastry only about one hundred years ago.

In one of his most interesting chapters, Kautilya expounds the 4 methods or “allurements” which can help a king test the loyalty of his subjects by using different kinds of spies:

Using these methods, a king can effectively identify the strengths and weaknesses of his subjects. Once he has distinguished between his loyal followers and the truants, he can adequately appoint them in the following manner:

You can find a PDF version of the translated book here.