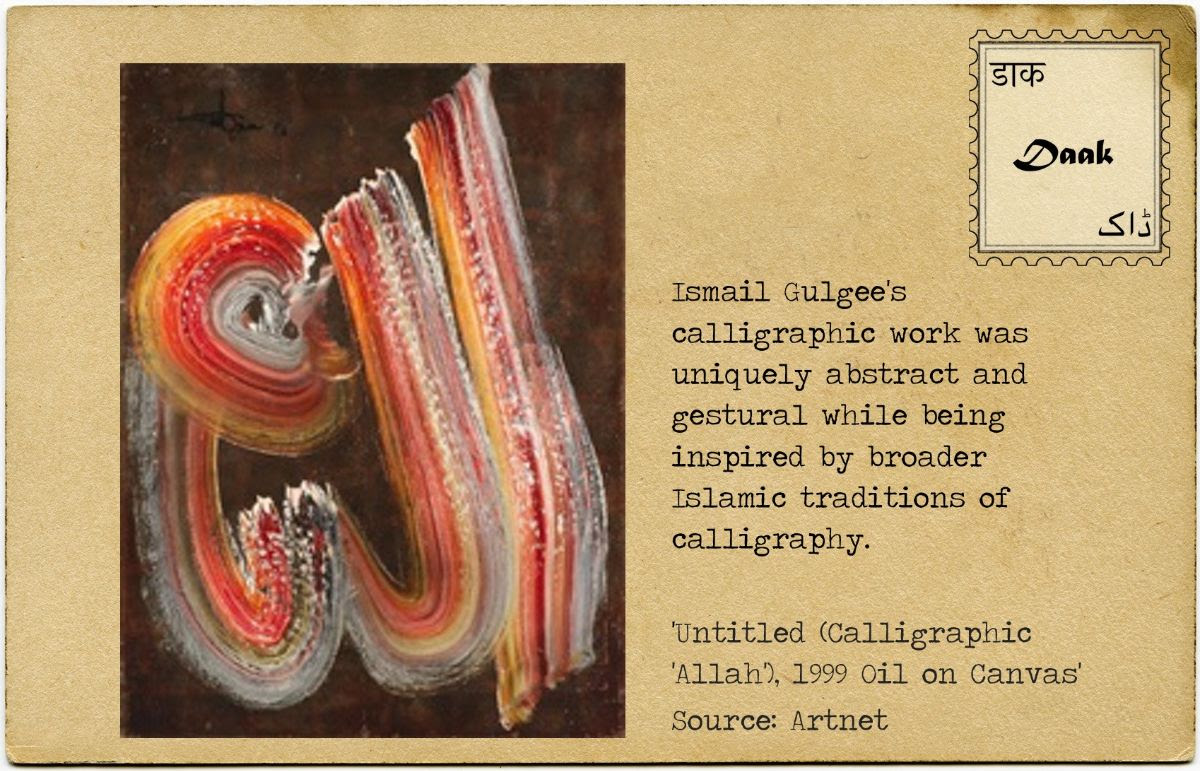 In 2007, Pakistan heard the tragic news of the death of one of its most prominent artist, Ismail Gulgee – a murder, no less, in his own house. His death is a mystery that is yet to be solved but his work has continued to mesmerize. Gulgee (1926-2007) was born in Peshawar and didn’t start out training to be a painter – he got his engineering degree at the best schools in India and America but taught himself how to paint as well as sculpt on the side. Early on in his life, he worked and he taught at the same time. Through this, he started getting commissioned for portraits. In fact, this is where he received most of his acclaim as his portraits caught the attention of dignitaries and royals. He was soon the portrait artist of the Afghan Royal family, princes of Saudi as well as the Aga Khan. Some of his portraiture was not in traditional materials, like this mosaic done entirely in lapis lazuli – fitting individual pieces of the stone into the portrait.

Portrait of the Aga Khan by Gulgee in Lapis Lazuli. Source: Ismailimail

Despite his acclaimed portraiture, Gulgee shifted to more abstract themes later. In particular, his calligraphic work was uniquely abstract and gestural while being inspired by broader Islamic traditions of calligraphy. Abstract expressionism was the rage in America during the years he lived there and that undoubtedly influenced him.

Gulgee often talked about the synergies between religion and art. He felt a closeness to the Sufi mystics and was enchanted by Islamic calligraphy – his search for the divine in mundane human experience manifested in a passion for his art.

By his own account, his background in mathematics and engineering fit well with his art. In an interview he said,

“My work is the externalisation of my inner journey. Through it I communicate with the pulse of life. The calligraphic form and movement that emerges is not premeditated or cerebral, it is intuitive and articulates something deep inside me. It is important that no thought of how people will react to my work intrudes, as they would destroy the thread and take the truth away.”