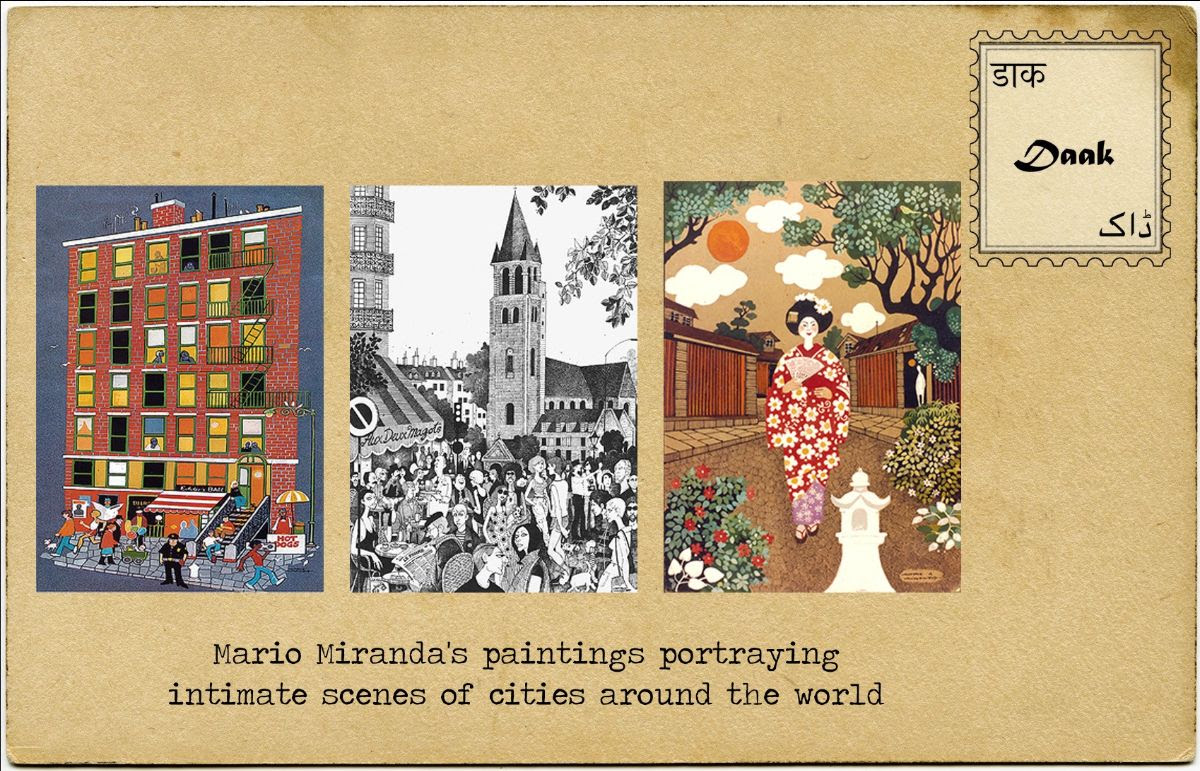 An Intimate Portrayal: Mario Miranda’s Paintings of Cities around the World

The French word flânerie denotes the act of strolling and observing the world intimately while remaining unobserved. This has come to define the immersive travel experience that has seduced our generation; ‘like a local’, we want to spend our days not visiting castles and museums, but getting lost in the innards of a city, eating street food and unwinding in seedy bars. At a time when travel seems like a distant dream, we bring you the poetic observations of the original Indian flâneur and self-taught cartoonist, Mario Miranda.
Goan artist Mario Miranda (1926 – 2011) became a household name with characters such as Miss Nimbupani and Miss Fonseca who made regular appearances in various national publications. Through raucous caricatures, he managed to capture the dynamic moods of people and places. After a brief stint as a cartoonist, he won a travel grant to Portugal, where he created extensive drawings of interesting sites and local communities. This marked the beginning of a staggering global adventure that took Miranda to more than twenty countries for work and art exhibitions. He preferred to sit in small cafes and restaurants, capturing the nuances of mundane life. From New York to Singapore and Macau to London, he memorialised the unique character of each city is his vibrant paintings. Miranda finally returned to India and his old job in the 1980s. He was awarded several national honours including the Padma Shri, the Padma Bhushan and the Padma Vibhushan (posthumously). After retiring from a long and tireless career, Miranda moved back to his ancestral home at Loutolim, Goa, with his family.