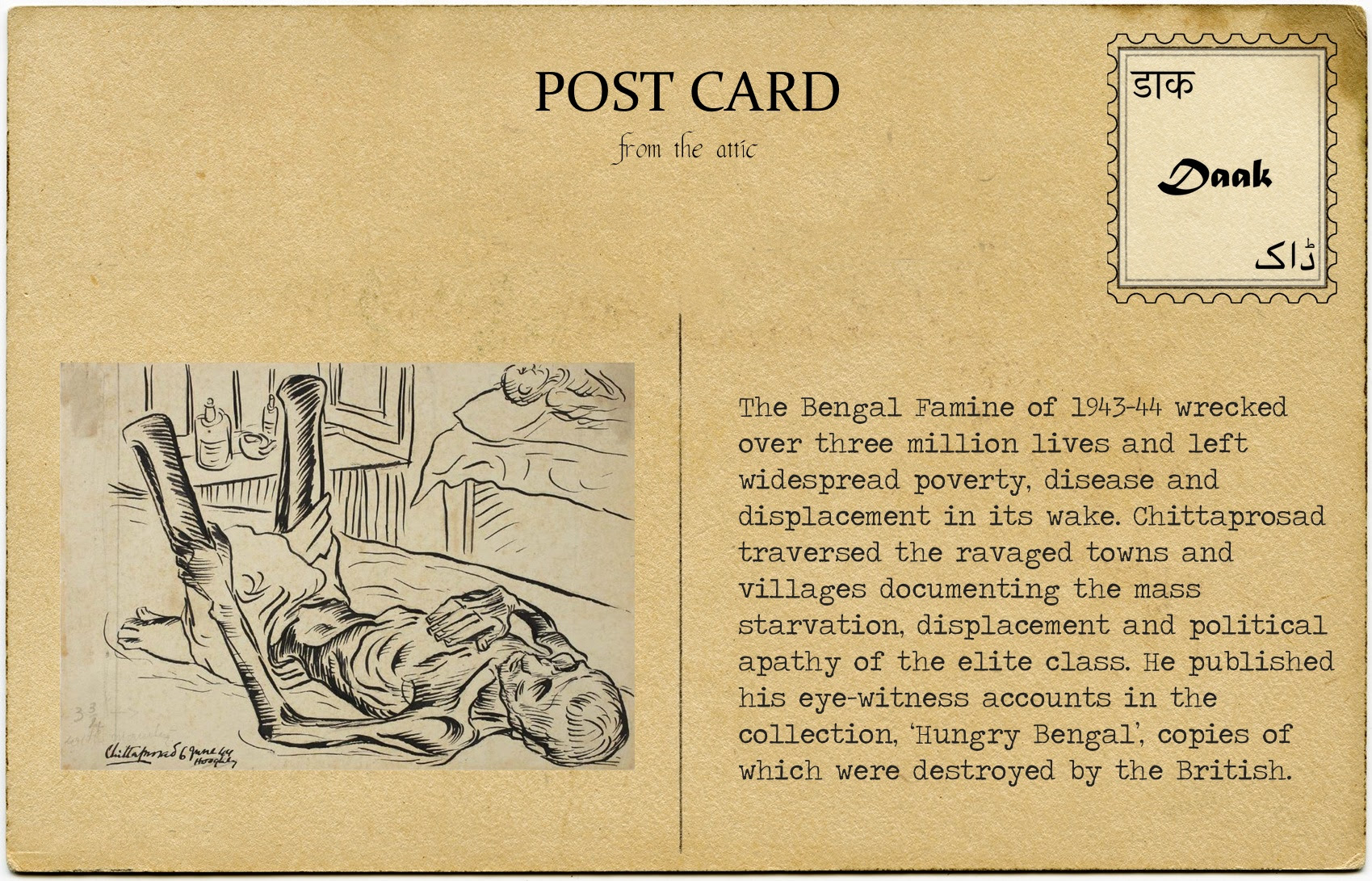 The Bengal Famine of 1943-44 was the greatest man-made disaster, wrecking over three million lives across India and leaving widespread poverty, disease and displacement in its wake. The famine affected vast areas including parts of West Bengal, Bihar, Odisha and Bangladesh. Historians claim that in its bid to support the war effort in World War II, The British Raj created this mammoth crisis. A young artist, Chittaprosad Bhattacharya, traversed the ravaged towns and villages illustrating and documenting the mass starvation, displacement and political apathy of the landowning class.

Chittaprosad (1915-1978) was educated in Chittagong, the hub of revolutionary activities against the British, and became involved with the Communist Party. Although he did not have any formal training, as an active member of the Party, he began using his artistic skills to disseminate leftists propaganda. He dropped his upper-caste surname and even refused admission to the Government College of Art and Crafts, Calcutta when they asked him to dissociate with the Party.

When the famine broke out, he travelled across the affected regions filling up his sketchbook with gut-wrenching drawings. To raise awareness about the famine, he published a collection of his hard-hitting caricatures in ‘Hungry Bengal’. His emotive eye-witness account created an uproar and led the British officials to destroy all 5000 copies save one, that miraculously survived.

Not one to seek fame or fortune, Chittaprosad remained keenly aware of his larger purpose and commitment to the freedom struggle. In a letter to a friend he wrote: “No one knows it better than me that I am not a genius like Van Gogh. And precisely because I am not, my heart and life lies in the country’s revolutionary struggles.” You can a bigger selection of Chittaprosad’s artworks here.