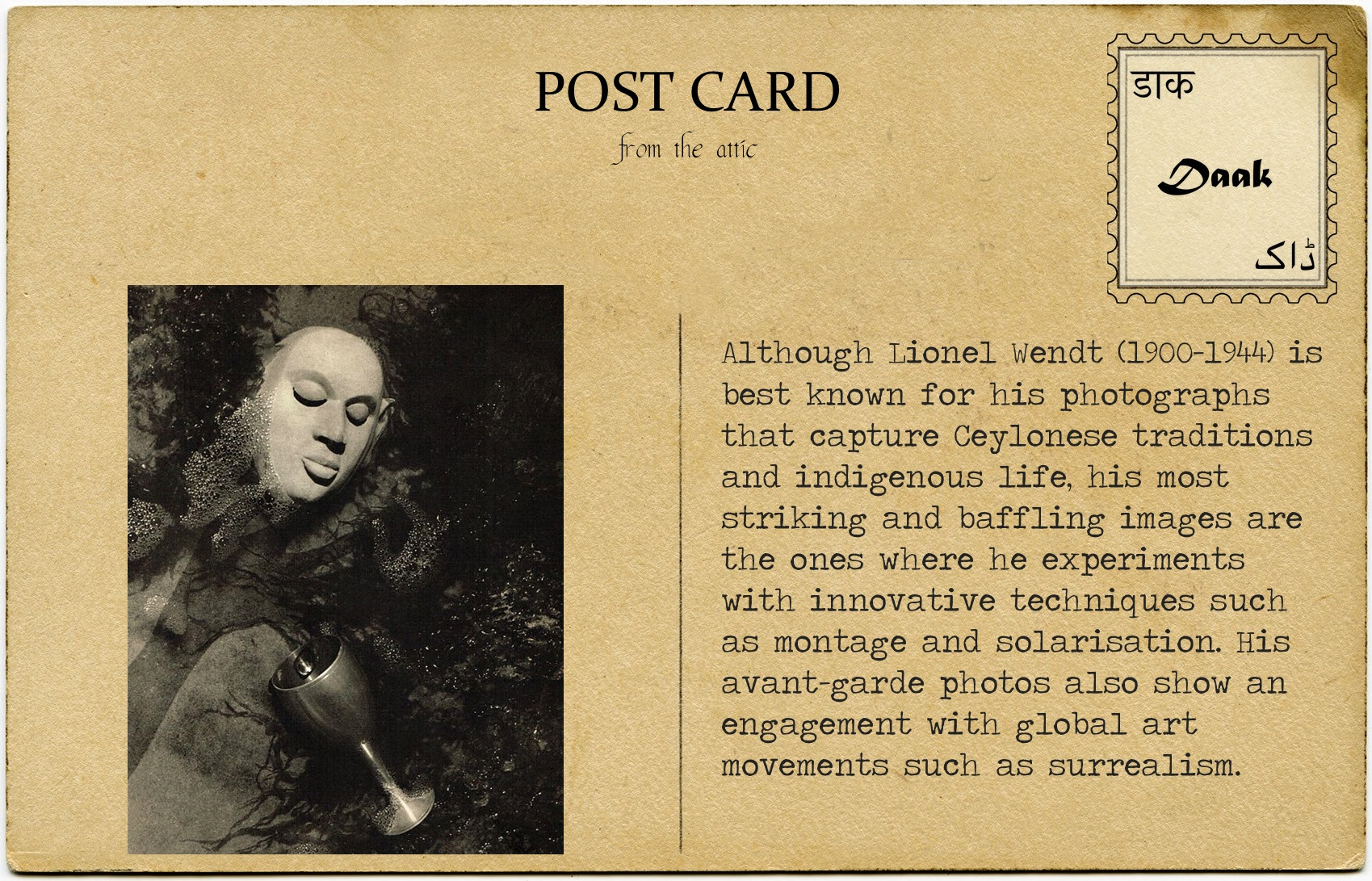 We often think of contemporary art as more abstract and complex than traditional art. Modern art is typically understood as a “break with tradition” –a new and different way of seeing and depicting the world—and modern artists are often described as eclectic, eccentric and bizarre in their personal lives and professional styles.

With the use of technology and innovative techniques, artists today can give shape to a range of complex ideas that transcend reality. However, this experimentation with the boundaries of perception and cognition is not new. There are many artists who have played with our sense of space and time. One such artist was the Ceylon pianist, photographer, critic, and cinematographer, Lionel Wendt (1900 – 1944). Wendt packed a lifetime of creativity and productivity in his short life, producing many significant works of art, and also co-founding the Photographic Society of Ceylon and the Colombo ’43 Group of Sri Lankan artists along with his friends and contemporaries.  Although he is best known for his sensuous photographs that capture Ceylonese traditions and indigenous life, his most striking and baffling images are the ones where he experiments with innovative techniques such as montage and solarisation. His avant-garde photos also show an engagement with global art movements such as surrealism. While looking at these images, it is easy to forget that they were created almost a hundred years back. We can get a glimpse of the expanse of Wendt’s imagination in this little nugget from a letter he wrote to his pupil who had cancelled a lesson due to injury:

“I hope you don’t strain or even sprain your memory. It will be awkward if you begin to memorize everything – conversations, fugues, birdsongs, wren’s chatter, wallpaper, glue, buildings, marmalade, etc.”

Interestingly, Wendt’s images are an amalgamation of all of these – natural phenomena, human experiences and mundane objects. Despite his global outlook and interest in international literature and art, Wendt retained a strong sense of national identity and made significant contributions to promotion of traditional arts and crafts in Sri Lanka. Wendt’s friend and poet, Pablo Neruda wrote in his memoirs that Wendt “was the central figure of a cultural life torn between the death rattles of the Empire and a human appraisal of the untapped values of Ceylon.”