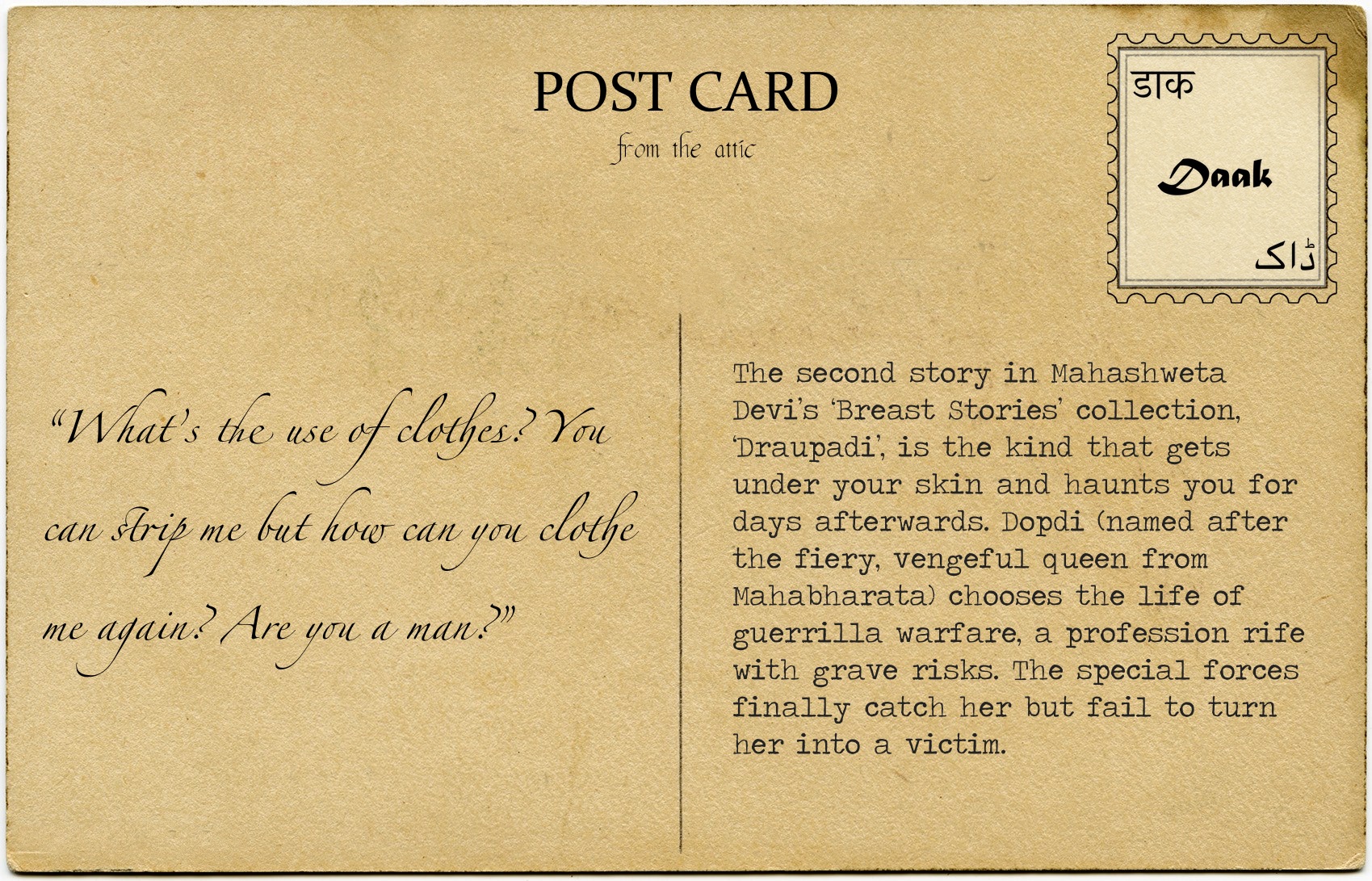 The second story in Mahashweta Devi’s ‘Breast Stories’ collection, ‘Draupadi’, is the kind that gets under your skin and haunts you for days afterwards.

Unlike Jashoda from ‘Breast-Giver’ who is forced to become a professional wet nurse to sustain her family, Dopdi (named after the fiery, vengeful queen from Mahabharata) chooses the life of guerrilla warfare, a profession rife with grave risks.

Led by Senanayak, the special forces finally catch Dopdi but fail to turn her into a victim.

Now Dopdi spreads her arms, raises her face to the sky, turns towards the forest and ululates with the force of her entire being. Once, twice, three times. At the third burst, the birds in the trees at the outskirts of the forest awake and flap their wings. The echo of the call travels far.

Dopdi is aptly named: Draupadi, the dark-skinned princess born of fire as the reincarnation of Kali, dared to laugh at Duryodhan and subsequently braved a public undressing. However, no Lord Krishna comes to the rescue of Dopdi Mejhen. She is brutally raped by many men, her nipples are torn off.

When she wakes up and asked to faced Senanayak, unlike Draupadi, she uses her mangled body to confront her perpetrator.

Draupadi shakes with an indomitable laughter that Senanayak simply cannot understand. Her ravaged lips bleed as she begins laughing. Draupadi wipes the blood on her palm and says…What’s the use of clothes? You can strip me but how can you clothe me again? Are you a man?

And for the first time, Senanyak is left scared and speechless in front of an “unarmed target”.

Draupadi is a difficult story, gruesome and empowering at the same time, but one definitely worth reading.