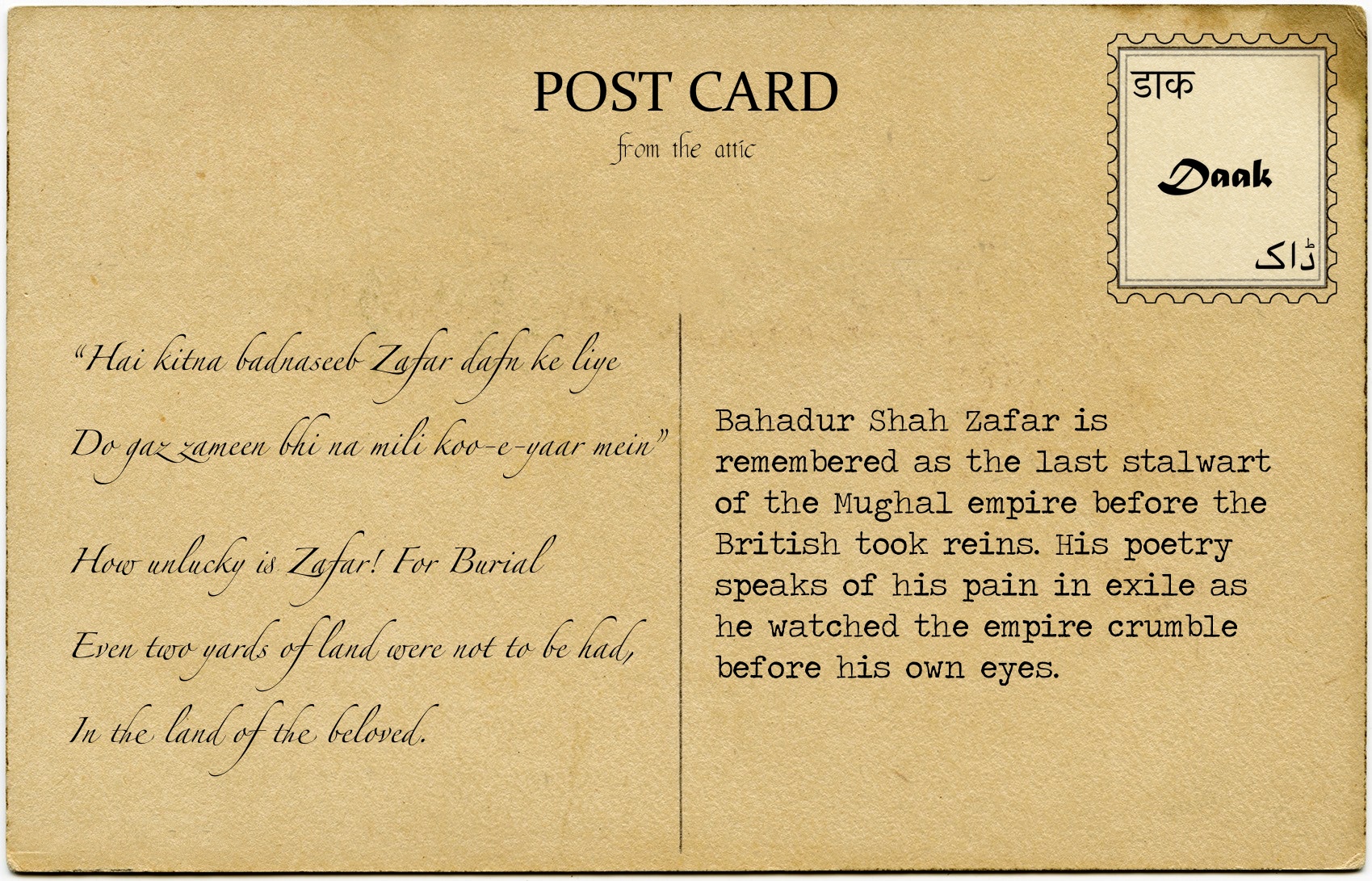 The Downfall of an Empire: Bahadur Shah Zafar’s Verses from Exile

The glory of the Mughal empire had already begun a steady decline by the time Bahadur Shah Zafar ascended the throne in 1837. He was well in his sixties and had witnessed the rise of the East India Company from traders to colonialists. Despite that, his court shone in the arts. He gave patronage to a great many poets of Urdu, Farsi, Braj Bhasha and Punjabi. He, himself, was a writer and poet, often writing wistful poems about Sufism, the human condition and his many misfortunes.

Zafar was a sensitive poet and sadly, his poetry was filled with rue and pity at his own life. Although a lot of the poetry attributed to him is controversial and many say, passed down to him by mentors or written later by other poets, the sorrow in it is cannot be missed. Later in life, he was exiled to Burma (present day Myanmar) where he is buried in a tomb which is a Sufi shrine in its own right. His lamentation on not being able to be buried in his home is captured in these lines:

How unlucky is Zafar! For Burial

Even two yards of land were not to be had,

In the land of the beloved.

Excerpts from the poem where he expresses his dislike for the unknown land of exile are moving and starkly honest accounts of a royal fall from grace.

Who can find sustenance in this unstable state.

Desires should be told to find some alternate

This scarred heart has no room to accommodate.

Do not remove the thorns from the garden, O gardener

They too were raised with the flowers in the spring.

You can read more of Zafar’s work here.