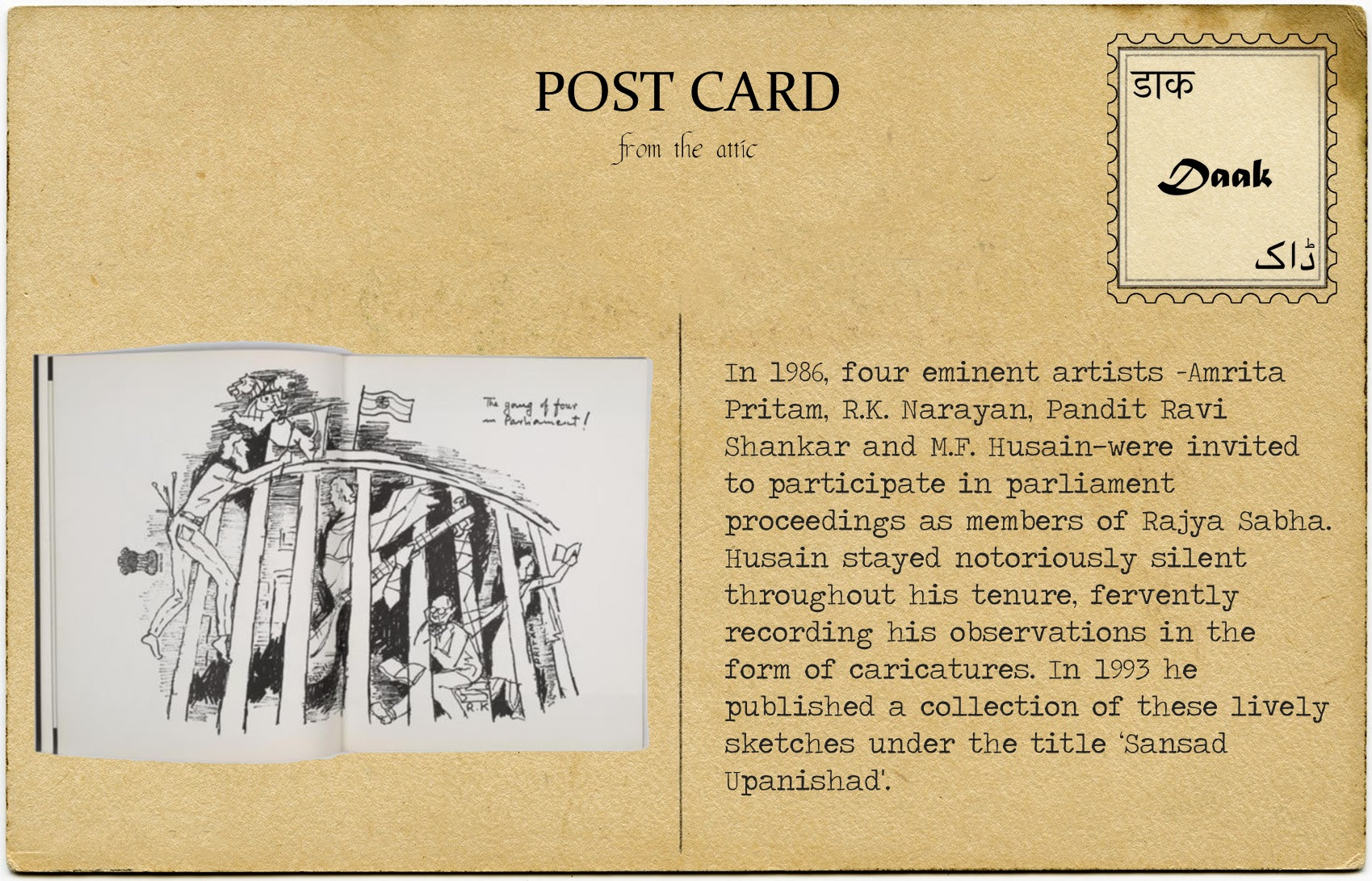 In 1986, the then Prime Minister Rajiv Gandhi invited four eminent artists to participate in the proceedings of the parliament as members of Rajya Sabha (Upper House of the Parliament). The “gang of four” comprised Amrita Pritam, R.K. Narayan, Pandit Ravi Shankar and M.F. Husain.

While the first three participated actively in the debates and discussions, Husain stayed notoriously silent throughout the six years of his membership (1986-92), fervently recording his observations in the form of his characteristic pencil caricatures. However, he did not share the sketches publicly or publish them during his tenure. It was only in 1993 that he published a collection of these lively sketches under the title ‘Sansad Upanishad.’

In what appears to be a hand-written foreword, Husain articulates his own surprise in being granted this opportunity to witness towering political figures engaged in the great spectacle of parliamentary debate.

“Imagine me sitting in Rajya Sabha for six years without uttering a word. I was watching the entire sequence as if Federico Fellini is conducting one great opera without sound. Heavily textured with colorful costume, pomp, and bravado. All the silent gesture of characters, swift flow of their heated argument, point of order, perfectly choreographed walk out and walk in, thumping of their chest of drawers.” While he makes note of the metaphorical periods of droughts, “floods of abundance”, “bursts of flame” and “bomb blasts”–artistic but apt descriptions of parliamentary proceedings in India—he ends with an optimism that can perhaps be ascribed to his relentless fascination and love for a country that eventually rejected him.

“In the midst of such hue and cry, you hear the distant song of fair weather.”

Perhaps, this kind of a “cultural invasion” is more needed today than ever before. If more artists, writers, musicians and dancers can influence political discourse, we might catch a glimpse of the “fair weather” he had envisioned.