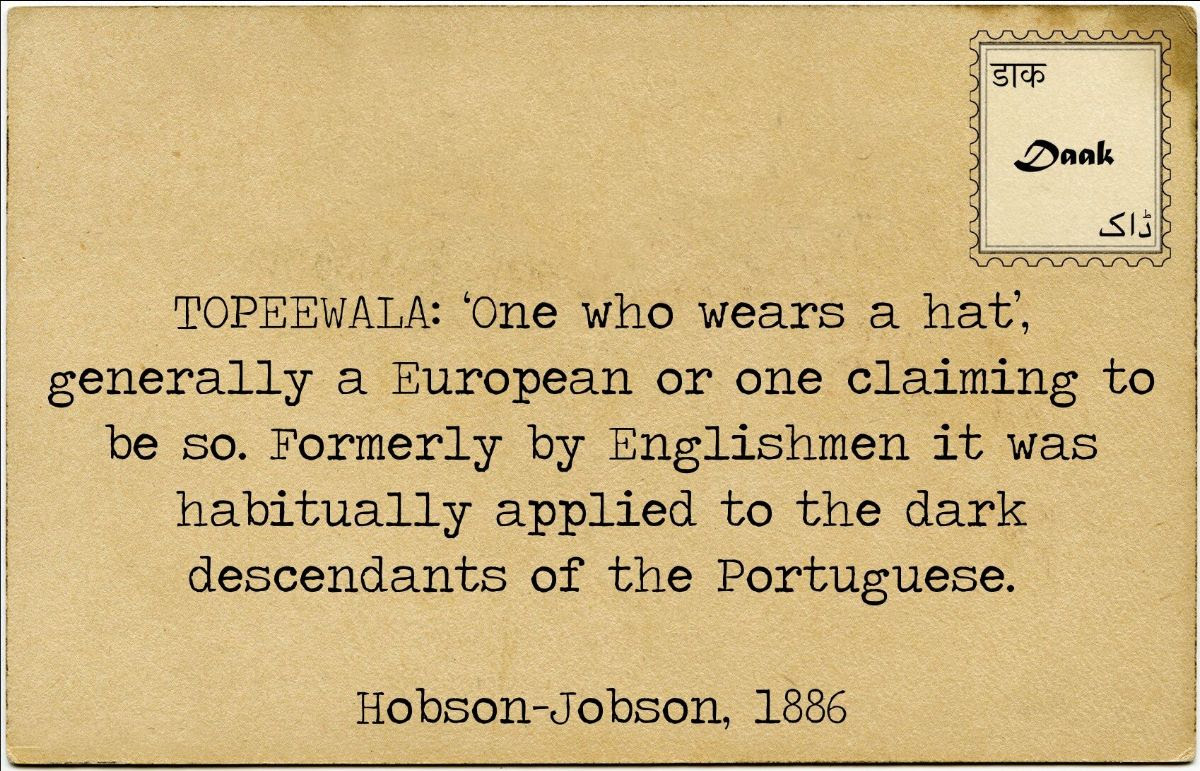 First published in 1886, the book ‘Hobson-Jobson’ is often referred to with amusement, largely due to its peculiar subject matter. Titled, ‘A Glossary of Colloquial Anglo-Indian Words and Phrases, and of Kindred Terms, Etymological, Historical, Geographical and Discursive’ it is a dictionary of words and phrases in Indian languages that came into use during the British rule in India. It is written by Henry Yule and Arthur Coke Burnell, both “orientalists” from the UK who spent time in India, and decided to compile a handy list of phrases that other civil servants would be able to use in order to communicate with their staff.
Calling it deeply problematic would still be a euphemism, however, a close reading of this dictionary makes for an eye-opening read. To better understand colonial rule, it is imperative we understand how the colonized were represented in a time that is alien to many of us. Representations are what gave popular consensus to unjust domination. Below is a link of seemingly innocuous words from daily life that are found in the book – reading some of the definitions with attention shows stark prejudices while others tell you how popular words from Hindi, Urdu, and Farsi made their way into the English language.

ALMYRA, ALMARI: A wardrobe, chest of drawers or like piece of (closed) furniture.

CHEECHEE: A disparaging term applied to half-castes or Eurasians and also their manner of speech. The word is said to be taken from chi (Fie!) a common native (S. Indian) interjection of remonstrance or reproof supposed to be much used by the class in question. The term is, however, perhaps also a kind of onomatopoeia indicating the mincing pronounciation which often characteristics them. It should, however, be added that there are many well-education East Indians who are quite free from this mincing accent.

CHOKRA: A boy, a youngster; and hence more specially, a boy employed about a household or a regiment. It’s chief use in S. India is with the latter. (See CHUCKAROO).

DUFTER: Colloquially ‘the office’ and interchangeable with CUTCHERRY, except that the latter generally implies an office of the nature of a Court. Duftar khana is more accurate (but this usually means rather a record-room where documents are stored).

FIRINGHEE: Pers. Faranji. This term for a European is very old in Asia but when now employed by natives in India is either applied specifically to the Indian-born Portuguese, or when used more generally, for European, implies something of hostility and disparagement.

GOOZUL KHANA: A bathroom; The apartment so-called was used by some of the Great Moghuls as a place of private audience.

GOSAIN, GOSSYNE:  One who is supposed to have subdued his passions and renounced the world. Applied in various parts of India to different kinds of persons not necessarily celibates but professing a life of religious mendicant you and including some who dwell together in convents under a superior and others who engage in trade and hardly pretend to lead a religious life.

INAUM, ENAUM: ‘A gift’ (from a superior), ‘a favour’, but especially in India a gift of rent free land: also land so held.

LALLA: In Persia this word seems to be used for a kind of domestic tutor; now for a male nurse or as he would be called in India, ‘child’s bearer’. In N. India it is usually applied to a native clerk writing the vernacular or to a respectable merchant.

MALUM: In a ship with English officers and native crew, the word mate is called malum sahib. The word is mu’allim, literally ‘the instructor‘ and is properly applied to the pilot or sailing-master.

NAUTCH: A kind of ballet dance performed by women; also any kind of stage entertainment; an European hall. The word is in European use all over India.

OMEDWAUR: Literally, a ‘hopeful one’; i.e. an expectant, a candidate for employment, one who awaits a favorable answer to some representation or request.

PARIAH: The name of a low caste of Hindus in Southern India, constituting one of the most numerous castes if not the most numerous in the Tamil country. The word in its present shape means properly ‘a drummer’. Tamil parai is the large drum beaten at certain festivals and the hereditary beaters of it are called paraiyan.

TOPEEWALA: ‘One who wears a hat’, generally a European or one claiming to be so. Formerly by Englishmen it was habitually applied to the dark descendants of the Portuguese.