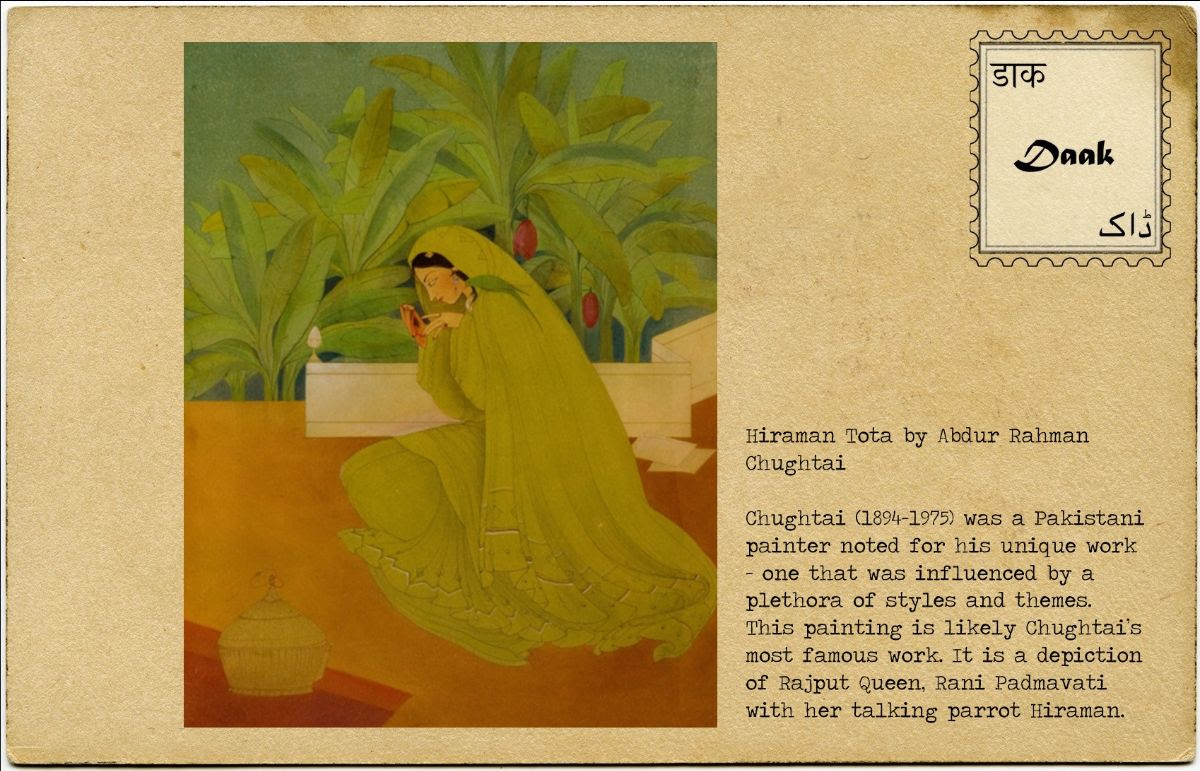 ‘The Artist of All Nations’: Abdur Rahman Chughtai’s Syncretic Paintings

Abdur Rahman Chughtai (1894–1975) was a Pakistani painter noted for his unique work that was influenced by a plethora of styles and themes. His work drew from traditional miniature painting, Art Nouveau, and Islamic traditions of calligraphy, amongst others. As a pupil of Abanindranath Tagore, the influence of the Bengal School is also visible in his art.
As with his style, his subjects also drew from the many strands of tradition he saw around him – he painted Hindu deities, as well as famous personalities from Islamic stories and traditions. Chughtai brought to life the legends, myths and folklore of Punjab, Persia and the Mughal world. It is often said that he depicted ‘gods and courtesans with equal affection.’

A prolific artist, he created thousands of watercolors, drawings, and prints but it is his dream-like portraits that are his most well-known creations. This portrait is from a series exploring adolescence and closely observes this young woman who seems unsteady and unsure in the exploration of her youth. This painting is considered Chughtai’s most famous work. It is a depiction of the Rajput Queen, Rani Padmavati, with her talking parrot Hiraman. Radha and Krishna, from Hindu mythology, also form a part of his work as do allegorical references and illustrations of Persian folklore (below). Metaphors of moths around a flame, and the legend of Laila Majnu also find place in his work. Untitled (Laila in the Wilderness) Untitled (Moths to a Flame)

Chughtai is also said to have been fond of Kashmir’s natural beauty and supposedly visited thrice. Two of his works from Kashmir show familiarity with the topography and landscape. His wide ranging themes and syncretism in art remind us of the words of S Kashmira Singh, who said “Posterity will remember him as the greatest exponent of the spirit of Indian art in [the] Modern Age.” Looking at his work retrospectively one can see the truth in her pronouncement.