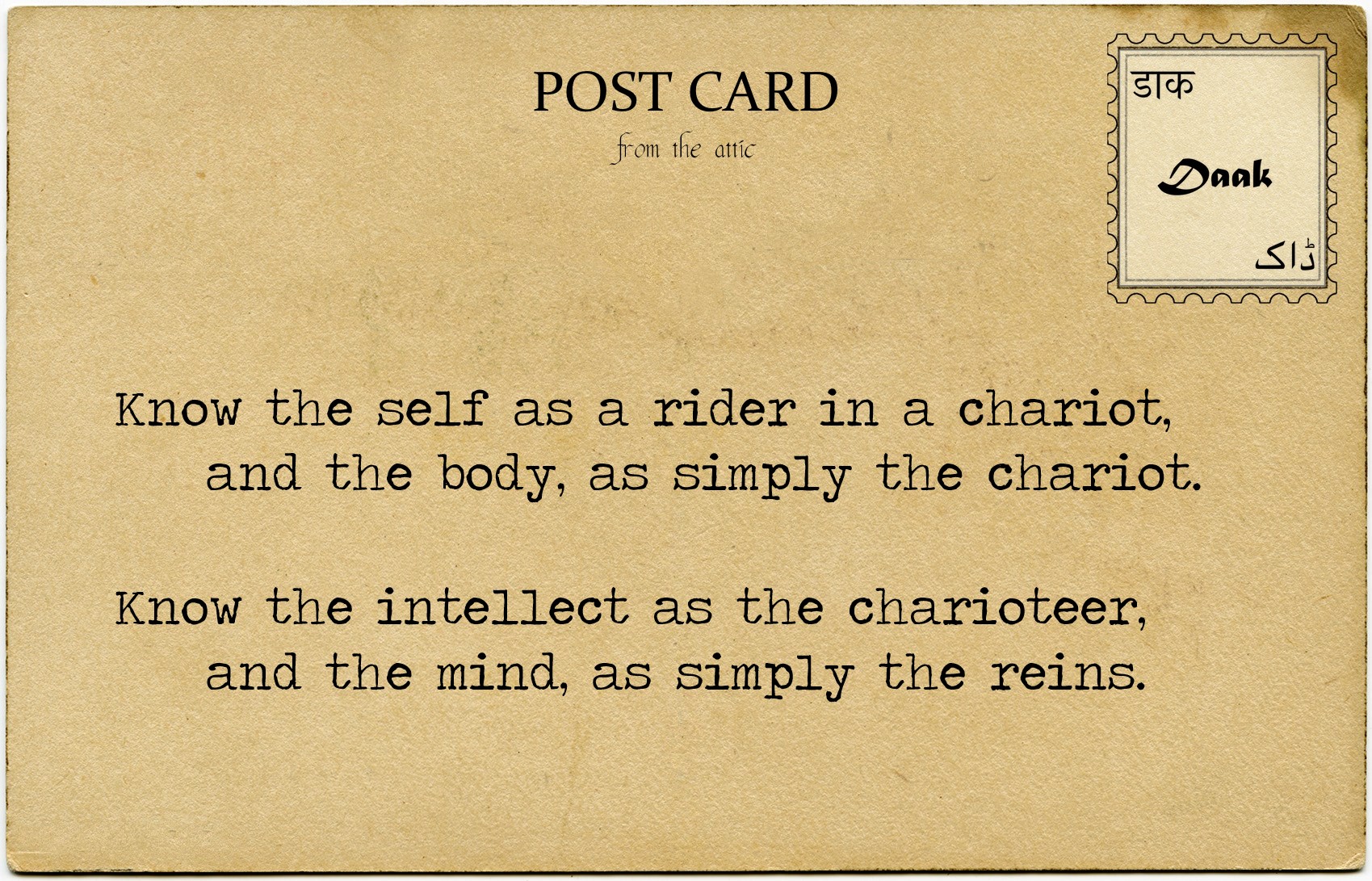 An Antidote to the self-consumed nature of existence: Kathopanishad

In this age of manufactured lives online, a great deal of angst is generated about individual identity. We go to great lengths to write personal blogs, create social media profiles and post observations in order to appear unique. Ancient Hindu texts, such as the ‘Kathopanishad‘, offer an antidote to this self-consumed nature of our existence.

‘Kathopanishad‘, perhaps the most well known upanishad, has been estimated to be written around the fifth century BCE. It gained popularity after its early Persian translations traveled all the way to Europe. Several writers and scholars have made references to it, the most famous being the title and the epigraph of W. Somerset Maugham’s 1944 novel ‘The Razor’s Edge’. The epigraph of the book reads, “The sharp edge of a razor is difficult to pass over; thus the wise say the path to Salvation is hard.” The book is full of profound meditations on life, such as this one.

The main text of this work is a dialogue between Yama, Lord of Death and Nachiketa, the spirited pre-pubescent son of rishi Vājashrava. When Nachiketa witnesses his father’s deception at a yajna where he was supposed to give away all his worldly possessions—sacrificing old and infertile cows instead—he asks to whom was he to be given. In anger, his father  replies, to Yama. Subsequently, Nachiketa goes in search of Yama to seek answers about life and death. At Yama’s doorstep, Nahiketa waits three days without any food or water. Yama, pleased by the young boy’s patience and gumption, grants him three wishes and Nachiketa asks for the following:

1. That his father may be freed from anxiety about him
2. The knowledge and the means to attain heaven and immortality
3. The knowledge of the ultimate truth and life after death

Yama tries to dissuade Nachiketa from his thrid wish by tempting him with fame and riches. With the obstinacy of youth, however, Nachiketa insists on answers. What follows is a complex and elaborate philosophical reflection on the human condition. One of the most well-known metaphors from the text is that of the chariot.

In this verse, Yama explains that all of our faculties control different aspects of our body, the chariot. Human beings make the grave mistake of conceptualizing the self as a unique entity with agency and control when the self which resides in each one of us is, in fact, a manifestation of the same spirit. Only sorrow and suffering await those who seek to stand out.

Whatever is down there, the same is over there,
and what  is over there is replicated down here.
From death to death he goes, who sees
here any kind of diversity.

In a similar vein, Yama says

As pure water into pure water
becomes the very same;
So does the self of a discerning sage
become, O Gautama.